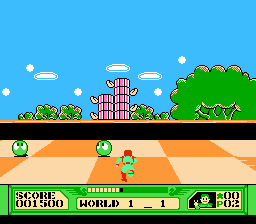 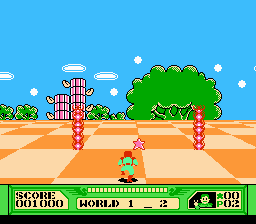 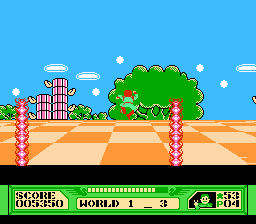 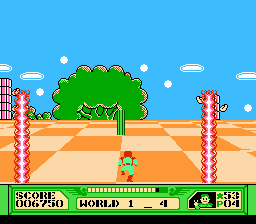 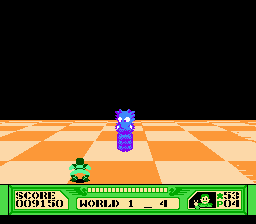 The boss of world 1 is a simple serpent beast. All you must do is focus your shots at the beast's head. When you shoot enough shots, the beast will change from purple to yellow, indicating that he is close to dying. Shooting the body segments doesn't help kill the beast any quicker, but it can help you eliminate an obstacle that can get in your way and kill you when you try to shoot the beast in the head from behind. Be sure to get out of the beast's way when it comes as close to the front of the screen as it can.