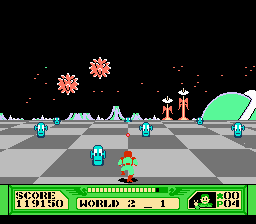 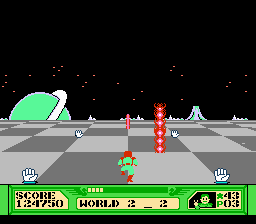 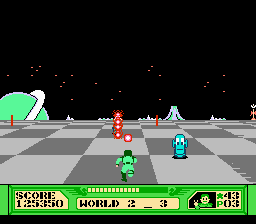 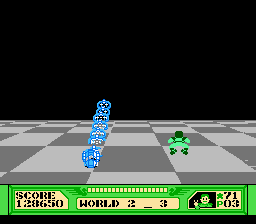 The boss of world 2 appears to have a robot head. It will fly out at you, not much faster than the first serpent beast, appearing blue at full strength. After taking a number of shots to the head, it will turn yellow indicating that it is close to dying. Once you defeat the serpent beast, don't celebrate just yet; there's a second one coming in behind him. The second beast is no different than the first. Just be patient and take shots at the head whenever you are able. If you lose this fight, you will return to the beginning of World 2-3 and be forced to fight both all over again, so don't try any risky maneuvers.