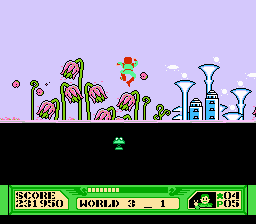 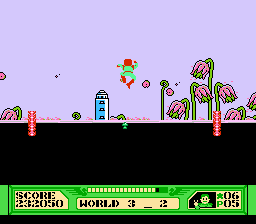 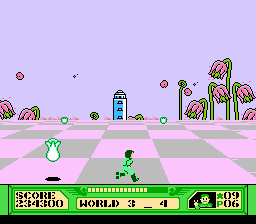 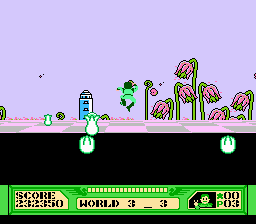 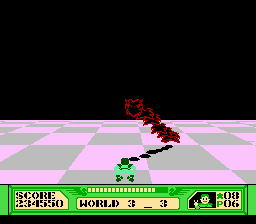 The boss of world 3 starts out with an advantage that none of the other serpent beasts have: It starts out completely black. This means until you shoot it enough times to change its color, it blends in completely with the upper background. Once you hit the head enough times, a red outline will appear on it, making it much easier to target. Eventually it will turn yellow, to indicate that it is close to defeat. Once again, you will have to fight two such beasts, so when you defeat the first beast prepare for another fight. This beast doesn't move too quickly, so it's fairly easy to get off a burst of shots while staying in one position before you are forced to move out of the way.