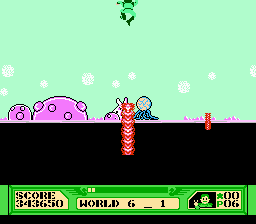 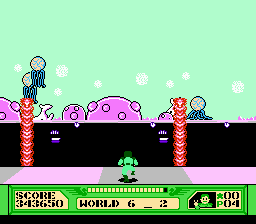 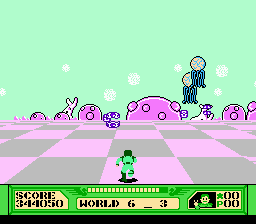 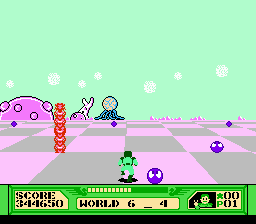 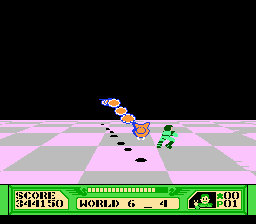 The boss of world 6 has one eye. He is just as fast as the previous boss, and he can take a lot more punishment. He goes through quite a number of color changes. He starts out pink, but he quickly changes to an orange color. After a while though, he changes back to pink, before turning green to indicate that he is close to defeat. If his strength wasn't bad enough, you'll have to defeat a total of four of them before advancing to the next world.