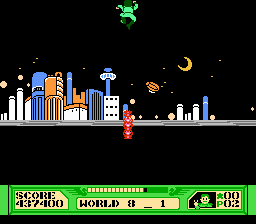 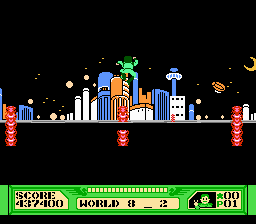 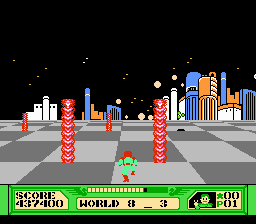 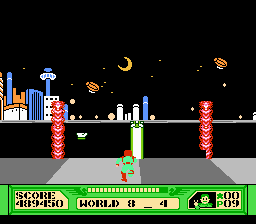 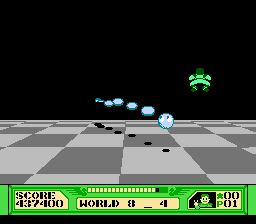 The boss of world 8 has the head of none other than a Menacing Meanie. But don't mistake that to mean that this boss is a push over; he's anything but. With similar speed to the previous boss, and plenty of hit points to back him up, you will want to whittle the tail down again to have a clearer shot at the head. It starts out blue, but turns yellow just before dying. As if fighting one of these tough opponents wasn't enough, you're going to have to defeat not four, but six of them in order to complete the game. If you beat him, you will receive the special code that activates the hard mode of the game.