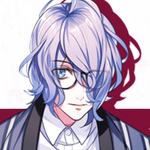 Toa Kushinada (櫛奈雫 トア, Kushinada Toa?) is a soft-spoken member of the Okunezato Supernatural Club. Like Sosuke Tatehira, he isn't a resident of the town, so he stays at the Fuurinkan Hotel as a guest. Toa makes it clear early on that he loves cats, and has an easier time interacting with them than he does people. His awkwardness causes him to speak in an overly polite manner and avoid making eye contact. He is also quite clumsy, occasionally tripping over himself and dropping whatever he's been trusted with.