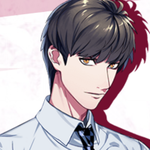 Yuzuki Murakumo (叢雲 ユヅキ, Murakumo Yuzuki?) is the owner of the Fuurinkan Hotel, where the Okunezato Supernatural Club has set up their offline meeting. Yuzuki does not share their enthusiasm for the town's legends, instead viewing them more as a nuisance. His cold exterior is a topic of conversation among the hotel's staff, whose feelings for him range from hatred to fear. Still, he seems to know more about the town than he lets on, as his family itself is a pillar of the town known by all of its citizens.

Yuzuki's route is unlocked after all previous routes have been cleared, and thus is the last of the main routes. In scenario select, choose to start Yuzuki Murakumo's route from the beginning once it has been unlocked. Because Yuzuki's route can be started from a unique scenario, his route lacks the shared common route of the others.