The goal of AM2R is to eliminate all 55 Metroids which remain on the planet. However, two things will prevent you from accomplishing this task in any fashion you please: your abilities, and the very planet itself.

In terms of abilities, it is important to locate and obtain items which enhance the capabilities of Samus by increasing her firepower or her mobility. For example, some regions of the game are inaccessible to Samus until she obtains the Speed Boost item. While it's possible to get around certain limitations with other items, some items are absolutely required, and you will not be able to progress in your mission until you obtain them.

With regard to the planet, SR-388 has a molten lava core. When Samus first arrives, that lava has traveled very close to the surface up a long tunnel that leads to the center of the planet. At the beginning of the game, lava is a significant threat to Samus, and she won't last very long submerged in it. However, it's possible to trigger earthquakes which cause the lava to recede and sink back down to the core, exposing new areas for Samus to safely explore. In order to trigger these earthquakes, she must eliminate a certain number of Metroids. Once that number has been reached, the quake will occur, and Samus can travel to, and explore, the newly revealed area.

Ultimately, Samus will become so powerful, that the presence of lava won't even deter her, but by that time, you will be close to eliminating all of the Metroid in the game. The walkthrough provided by this guide is by no means the only way to progress through the game, but it tries to do it in the most efficient fashion with the least amount of backtracking and revisiting possible. You start out in the Surface Area. 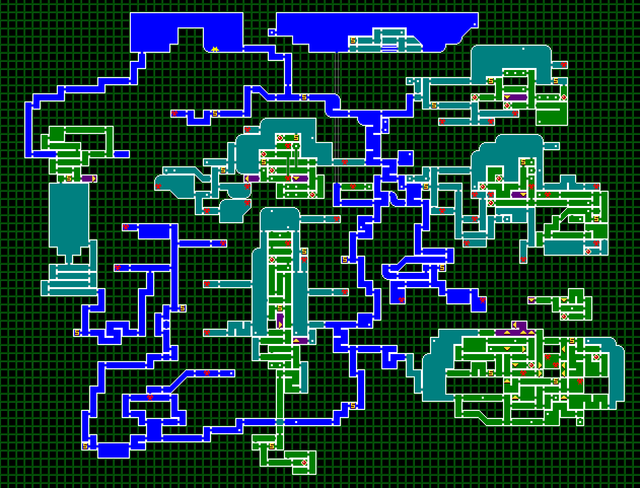