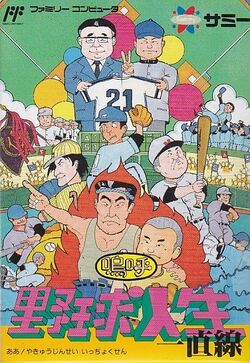 Gameplay occurs in the form of a board game, similar to Monopoly or Game of Life. Players are tasked with controlling a boy as he travels through elementary school and high school while trying to achieve his dream of becoming a professional baseball player. As he moves cross the board, the player has the opportunity to raise the character's stats such as attractiveness, weight, and stamina, which increase the chances of being recruited by a professional baseball team.