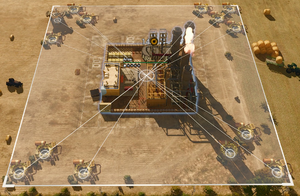 There are three resources to collect in the game, and each is collected in a similar manner. The methods of collecting, however, differ from faction to faction.

In order to gain resources, they must first be identified on the map. Identifying resources is capable only by a specialized recon unit, identified by its green aura. Resources come in fields consisting of six to sixteen resource nodes. Refineries built at these resource fields will harvest the resources from each node, one at a time, and stockpile the results. The resources must then be collected by a transport unit and brought back to your headquarters or other storage facility in order for it to be usable.

When attacking enemy refineries, be warned that refineries are notoriously explosive. Destroying a refinery will easily destroy any friendly (and unlucky enemy resource collector) units in its vicinity and will spawn fires that are deadly to infantry and vehicles.

Resource fields are completely invisible and can only be revealed by a dedicated survey team. Each player begins with one such unit, and can be distinguished from other scouting units by its green scanning aura. Scanning for resources is extremely important since it reveals where enemy refineries could be and where your own will be. In addition, the resource fields in Act of Aggression are not fixed: there is a specific radius around the map where a given resource node could spawn. While it is easy to estimate where the resources will be, knowing their exact quantity and location is possible only with a scanning unit. Once a resource field is identified, a refinery must be built at its location from the player's headquarters in order to gather the resources. 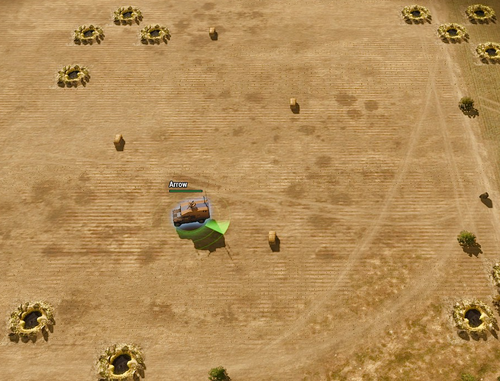 Necessary for all units, structures, and upgrades, credits are represented by dollars. They are gathered by building refineries at oil fields, which can be indicated by their golden-yellow glow. Each field has a number of resource nodes, and a refinery will switch from one node to the next automatically should its current node be depleted. 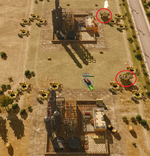 The double-refinery technique. Circled in red are the extractors themselves.

Once the oil fields are depleted, gaining credits proves considerably more difficult. All factions may use prisoners, expanded upon below, to generate additional income. The Americans have the easiest method of generating credits without prisoners: constructing administrative centers provides a small, steady stream of income.

Early-game, when resources are extremely important, one technique used is called "double refinery", in which two refineries are placed such that each covers half of the resource field. While requiring twice the resources, two refineries will also refine resources faster. This is not as important for the Chimera faction since they have an upgrade which allows their refinery to collect from two nodes simultaneously.

Unlike aluminum and rare earth, credits are immediately deposited into an invisible bank account and do not need to be stored at a facility.

When defeating enemy infantry, there is a random chance that they will become wounded. Capturing an enemy prisoner of war in this manner will immediately transport them to an American Field Hospital, Chimera Prison, or Cartel Barracks (with an appropriate upgrade). Captured prisoners generate credits. Each prisoner grants a 500 credit burst for initial capture and 4 credits per two seconds as long as he is detained. Similarly, ensure your own wounded infantry are treated by an infantry healing unit to return them to the fight. Prisoners can be exchanged for aluminum or rare earth using faction-specific methods, or kept in the detention center for a steady stream of income.

Vehicles do not spawn wounded infantry, but instead the crew of the vehicle may bail out. Vehicle crewmembers are unarmed, slow, and will stop moving when enemy units are nearby. Enemy crewmembers can be captured in the same manner that wounded infantry can. Getting them back to your headquarters, however, will grant a one-time supply of 250 credits.

Banks are neutral structures that support up to six infantry units. Each bank, when garrisoned, provides 5 credits per two seconds for each infantryman inside, for a maximum of 30 credits. Banks have a limited amount of funds and will eventually become depleted. The bank itself remains a tough building to destroy, and its proximity to your base typically makes it a good point of defence. 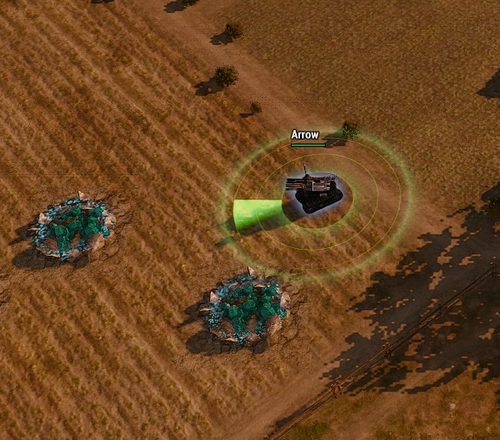 Utilized for more advanced units and upgrades, aluminum is a secondary resource. Chimera is notable for using more aluminum than the other two factions, so this resource is considerably more important for them and could be considered a second primary resource.

Gathering aluminum without relying on refineries is much more difficult.

The Americans must rely on gathering enemy prisoners and using their Field Hospital's ability to exchange them for aluminum.

The Chimera can produce aluminum the easiest by constructing Syntech Labs. These structures will produce small amounts of aluminum over time.

The Cartel also has a structure that produces aluminum over time, but it is the Cartel's Barracks instead. The Barracks must first have the prison upgrade, and then must reach its maximum capacity of five prisoners. This unlocks an upgrade that removes the five prisoners and sacrifices the structure's prison abilities (and thus its credit generation) to instead generate 10 aluminum per second.

Unlike credits, aluminum must be stored at the base until it is used. Blue crates indicate how much storage is used at each location. Structures capable of providing additional storage include the US Army's FOB and LEM facilities, the Cartel's Extension Module, and Chimera's Outpost. Buildings can teleport their aluminum stores to each other as necessary, including to other storage structures if the current drop off point is full. All factions' headquarters buildings also provide storage. 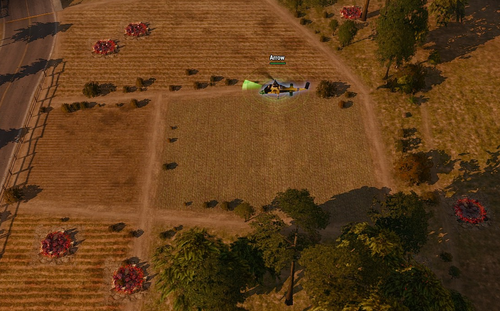 Used primarily for superweapons and other high-end units, rare earth is usually used in combination with other resources. Rare earth is also usually found far away from the player's starting base and requires expansion in order to reach it. Rare earth requires upgrades in order to mine: the Americans must construct Processing Centers which mine only Rare Earth after unlocking DEFCON 1 structures; Chimera may purchase an upgrade which enables all refineries to process rare earth; finally, the Cartel must upgrade each refinery individually to be able to process rare earth.

Aside from refineries, rare earth is also acquired through prisoners of war. Both the US Army and the Chimera task force may exchange their prisoners for rare earth. The Cartel, meanwhile, can construct underground stock market structures. These produce small amounts of rare earth over time.