The game begins thirty years after World War III, which begins after an explosion of unknown origin destroys the city of Tokyo. Kaneda and members of his motorcycle gang are chasing members of a rival gang known as The Clowns. Tetsuo was out in front on his bike when an odd looking person appears in front of Testuo, and his bike explodes. Kaneda tries to help Tetsuo when an Army helicopter appears. The person that Tetsuo nearly crashed into, Takashi, is summoned to the helicopter. Then Kaneda and his gang are arrested by the Army. When they realize that Tetsuo is hurt, the Army collects him into the helicopter and takes off.

You now sit before an Army interrogator who questions why you and your gang were present at that location. He suspects you may be part of a Terrorist organization. 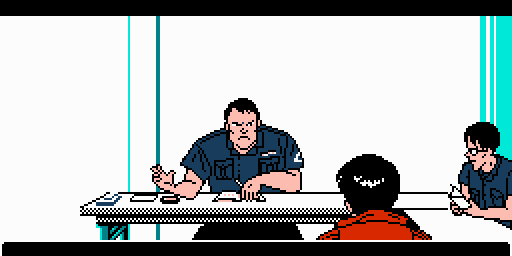 You will be waiting on a bench outside of the interrogation room in a gymnasium. 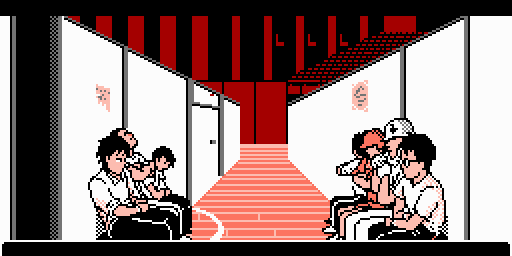 Back at school, Kaneda's gang suffered through punishment at the hands of the P.E. teacher "Jaws". Groupies of Kaneda's gang will inquire about The Clowns. Kaneda will mention Tetsuo's accident. Kai figures he's in some hospital, and then he notices Tetsuo riding on Kaneda's bike with some girl. Kaneda jumps on Yamagata's bike to chase after Tetsuo.

To find Tetsuo, they starting by checking out the bar his gang hangs out in. 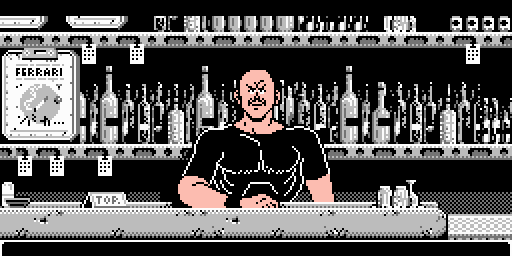 As long as you choose the correct sector, the path forward will be the same even if the scenery is different. You have a couple of choices, but only one command matters. You will have to repeat this process as many times as it takes until you reach sector 4.

Eventually, you will successfully arrive at Sector 4.

You now chase after Tetsuo near the factories, where you find them being attacked by The Clowns gang. Kaneda jumps off his bike to confront the assailants.

Having saved Tetsuo, Kaneda's gang surrounds The Clowns. Tetsuo flies into a rage attacking the gang member who attacked the girl he was with. Kaneda tries to reason with Tetsuo to stop before he kills the gang member. Tetsuo admits that he does want to kill him, and Kaneda tells him to knock it off. Tetsuo doesn't appreciate Kaneda's tone or his help and insists he could have handled it on his own. Then he storms off just before a terrible headache causes him to grab his head in pain. 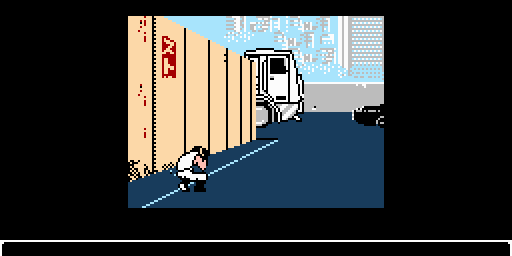 He yells out the name "Akira" and begins to have psychic visions of him. Kaneda and Kai try to help, but then a black car and a Control Room Car (CRC) arrive on the scene. 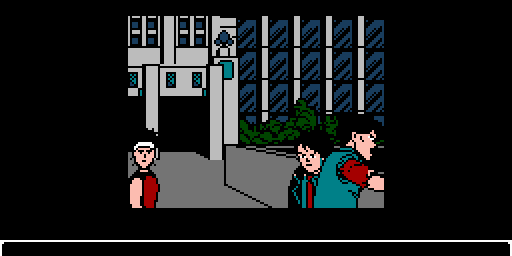 After the groupies leave, an explosion occurs nearby. Yamagata suggests it was the Terrorists and that they should check it out. Then Kaneda sees the Terrorists.

A man in sector 2 will confirm that the Army chased a girl into the sewers. Kaneda follows. 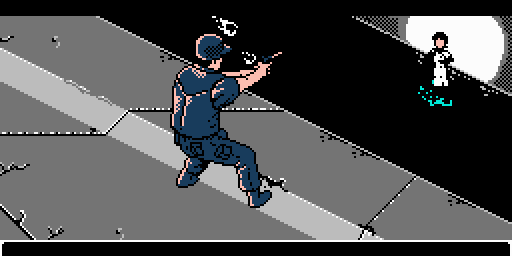 Another soldier approaches with his gun drawn. The girl fires a weapon of her own and kills the soldier. Kaneda recommends they leave. He follows the girl. They escape the Army and arrive at a Terrorist hideout. 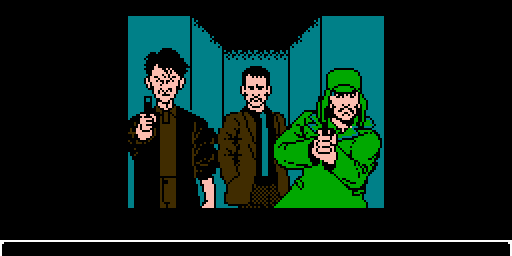 If you Explain with either a Lie or a Tease, Kei will not back up Kaneda's story, and the Terrorists will place him in a storage room. This scenario will also occur if you try to take the Lab ID in the next scene before you've been accepted to join the Terrorists. This is the solution to that scenario:

The terrorists discuss their plan to break into a lab with fake ID cards. They identify the lab as a center for human experimentation. You will have choices, but if you choose to Take the Lab ID before you're permitted, you will be placed in the storage room explained above.

This section introduces another style of gameplay where the controls are a little different.

You aren't given very much time to react. As soon as the instructions disappear, and security enforcer will be barreling down the tunnel and shooting at you. If you have time to place your cursor over him and fire, do so. Otherwise, be prepared to dodge the gunfire and turn around to return fire. If you do not see a hovercraft approaching you, you should turn around immediately, or you will be killed when they approach you from behind. It is best to shoot at them by leading the cursor to the left or right, depending on where they are flying. For example, if a craft is flying to your right, lead the cursor a little more to the right to improve the likelihood that your bullet will strike. After seven craft are destroyed, your gun will run out of ammo, and a hovercraft will fly right toward you.

At this time, the controls will be similar to a moment ago, where you can press A to fire at a location indicated by the curose, and press B to dodge. Army soldiers will take positions inside the tunnel and shoot at you. As you shoot various soldiers, activity on the Radio will indicate that Tetsuo has escaped from his cell and is approaching the nursery. Eventually, Kiyoko's face will appear as she telepathically communicates to Kei how to reach an elevator and find sublevel 8. Kaneda and Kei crash into the nursery. 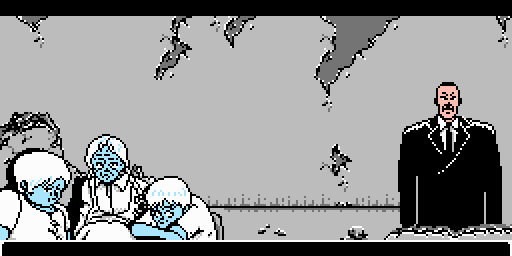 The scene in the nursery scrolls left and right, but not 360 degrees. There are many optional things to do here, but don't talk to the colonel, as that will end your game. 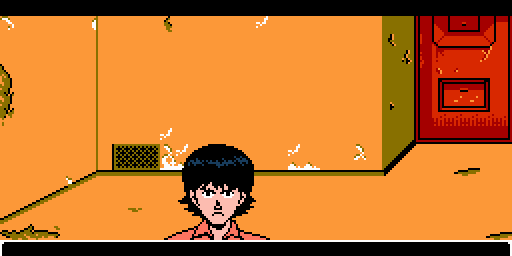 Kaneda and Kei will return to the hideout, but when they get their, they find Kai standing outside afraid of something. Kai reports that he and Yamagata went to the bar where the gang hangs out and found the bar trashed and the owner dead. Tetsuo was there laughing, and wanted to know where Kaneda's bike was. Yamagata tried to talk to Tetsuo, and Tetsuo used his psychic powers to crush Yamagata's skull. Then he ran off with Kaneda's bike. Kaneda asks Kai for Yamagata's bike, and crashes it into the bridge wall as a symbolic gesture to send Yamagata's bike to him in the afterlife. Then he hears Kei scream, and looks down into the river. 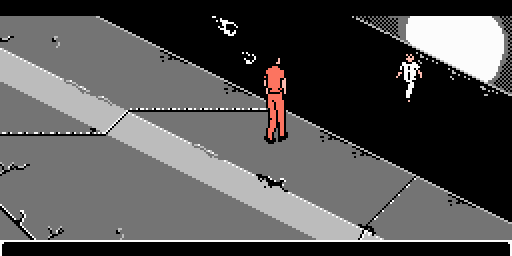 Along the way to the Olympic Grounds, Kaneda will find the aftermath of one of Tetsuo's attacks on some Army trucks. If you choose Go on from this scene instead of choosing to stop, you will proceed to the Olympic Grounds and end up in a one on one confrontation with Tetsuo that will unavoidably end up with the Kaneda losing to Tetsuo and ending the game.

Once there, a large capsule comes into view, and Tetsuo and Kei are fighting above it. Kei is doing her best to contain Tetsuo's power. They both release power in the form of a shockwave, and Kei stops Tetsuo's. As soon as she does, she loses her power and falls. The capsule cracks open, and spheres roll around. Tetsuo asks what they are, and the Colonel explains that's all that's left of Akira. The Army tested and experimented on Akira's body after his powers awakened. The tissue samples are all that remain of Akira. The scientists could not come to understand Akira's power, so they stored all of the data and samples in the capsule for future generations to study.

At this point, Tetsuo refuses to come back with the Army, and Kaneda climbs the rubble to speak with Tetsuo. Kaneda tries to talk Tetsuo down, but Tetsuo is insulted by Kaneda trying to boss him around, and begins to attack him. 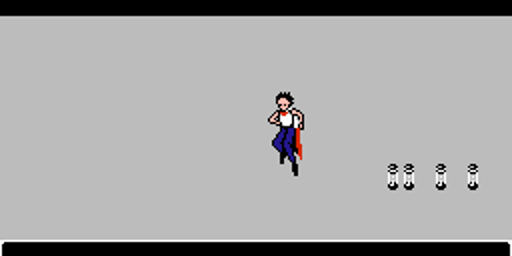 Kaneda asks for a fair fight, and Tetsuo reports that he is beginning to understand the meaning of regret. A light begins to surround Tetsuo and grow. The Army fired down a giant laser beam from a satellite in space which they had launched as a counter measure in case Akira ever returned. Kaneda starts to run, and Tetsuo loses his arm to the beam. Kaneda then throws a large rock at Tetsuo. The Army tries to fire the beam again, but Tetsuo establishes a barrier. Tetsuo then launches himself into the atmosphere to destroy the Army's satellite. Kaneda runs through the rubble. Another beam starts to destroy the rubble, and Kaneda asks Kei to save him.

The colonel notices the satellite has been destroyed by Tetsuo and marvels at his ability. The mutant kids discuss how they plan to intervene with Tetsuo. Meanwhile, Kaneda, Kei, and Kai take a break near a tollbooth.

Kaneda holds the laser while driving back to the Olympic stadium. Tetsuo's arm has been replaced by a bizarre mass that is attacking the Army. Kaneda uses the laser against the mass. Then he squares off with Tetsuo. 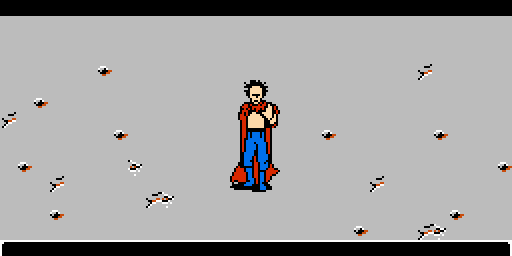 Tetsuo will cry out in pain, and the bounce into the air before beginning to dive at Kaneda. Kaneda throws his bike into reverse and backs up. Tetsuo attacks Kaneda. Kaneda decides to try and shoot Tetsuo again. Tetsuo collapses to the ground and begins to twitch. The laser hits Tetsuo's right arm. Tetsuo loses control of the energy and transforms into a monster. Tetsuo begs Kaneda for help.

Tetsuo's body begins to form tentacles which reach out and grab Kaneda. The three mutant children are present, near the sample cases containing Akira's tissue. The cases crack and the contents pour on the ground, glowing with a light. The light is the essence of Akira, who the children see before them. This light pours over Tetsuo as Kaneda runs towards him, but the mutant children stop him insisting it's suicide. The choice you make now determines which ending you get: