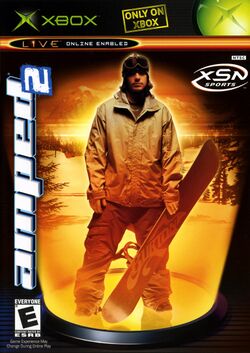 Amped 2 is a sequel to Microsoft's snowboarding game Amped, which was an Xbox launch title. The game was introduced as part of the XSN Sports lineup, which included such games as NFL Fever, Top Spin and Rallisport Challenge.

The career mode in Amped 2 is much like other extreme sport games such as Tony Hawk's Pro Skater in which each level has goals for the player to complete. Each level or mountain has a high score and media score to break, which entails accumulating the most points in one run of the mountain and performing tricks for photographers or the media who are scattered throughout the mountain. As the player progresses through their career, they will be invited to events in which they compete for a top three finish, which yields both fame and skill points.