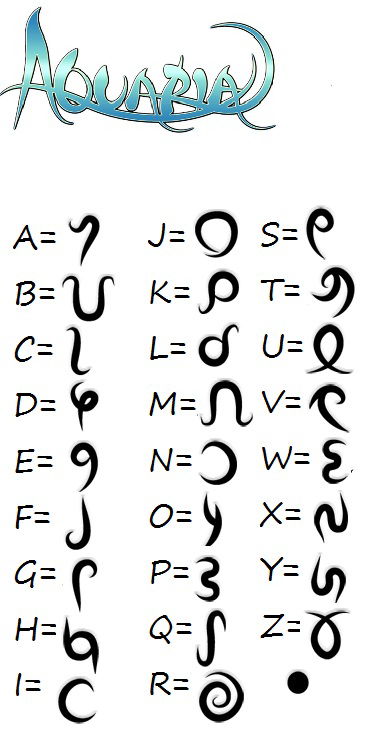 The mysterious alien writing seen in Aquaria is actually just a substitution cipher for the English alphabet. The words are largely English, excepting a few proper names like 'Mithalas'. By consulting the transliteration table to the right, you can read all the writings. If nothing else, it can add to the atmosphere, and in some cases it can add extra information about what has happened in Aquarian history.

The files containing the alphabet lettering are located in InstallDir\gfx\aquarian.png and aquarian_alt.png. Instead of manually translating all of the text in the game, it is possible to overwrite the aquarian.png file, which contains Aquarian lettering, with the contents of aquarian_alt.png, which contains English lettering. Once this is done, all Aquarian text in the game rendered using this file will now show up as gold lettering in English.