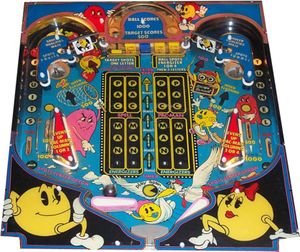 Click here for a detailed view of the play field.

In order to do well at Baby Pac-Man, a good understanding of how the pinball playfield works is a must. Though it is mostly wide open in the middle, the key points to focus on are the drop targets at the top, and the lanes along either side of the field. One especially important feature to note is the ball that is trapped inside the lane along the top of the field. It is your key to instant power pills. Unless you are focused on increasing your tunnel speed or bonus fruit, that ball should be your constant target, although hitting it intentionally can be quite challenging. The biggest feature of the play field is the four power pill columns that occupy the center of the field. In order to earn power pills (besides hitting the top lane ball), all of the lights that spell P-A-C-M-A-N must be lit in any of the columns. If the player misses the ball and it passes between the flippers, Baby Pac-Man is expelled from the pinball game and returns to the maze, unable to return through the lower escape tunnels until the maze is cleared, or Baby loses a life. A break down of the entire play field features follows. 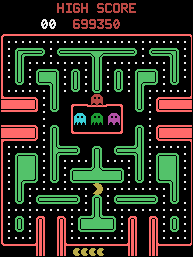 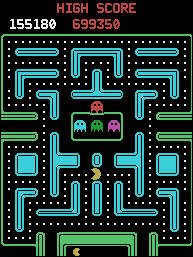 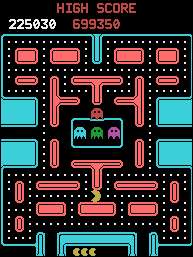 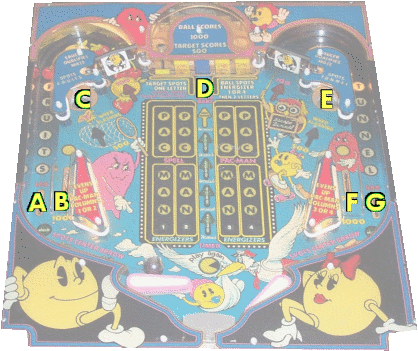