Freezeezy Peak is the fifth level in the game. You'll find polar bears, a walrus, and live snowmen who will hurl snowballs at you. Careful when slipping on the icy snow! 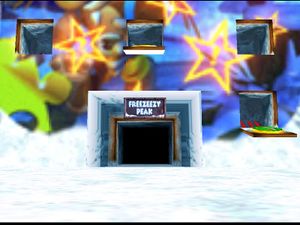 The entrance to Freezeezy Peak. 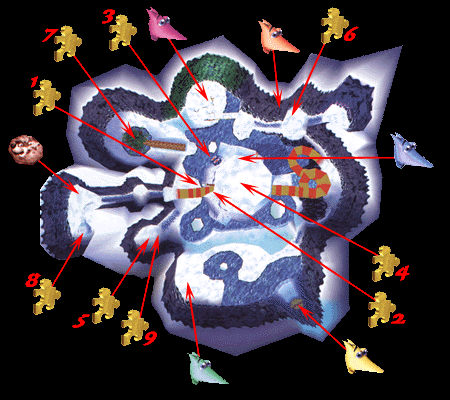 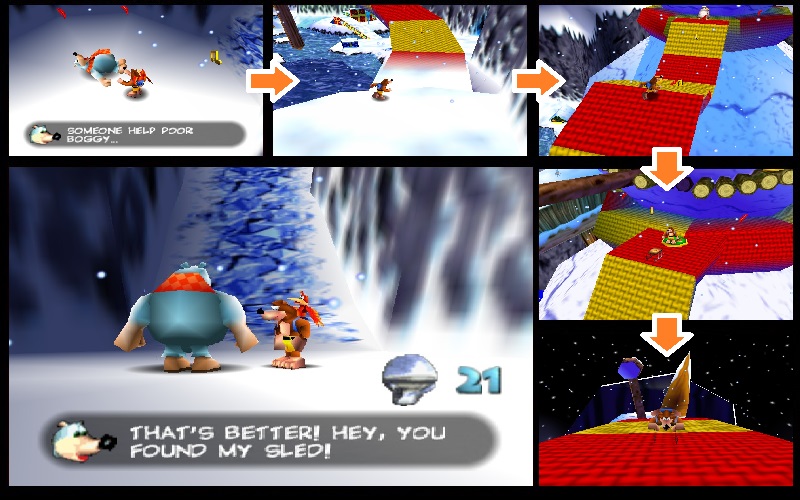 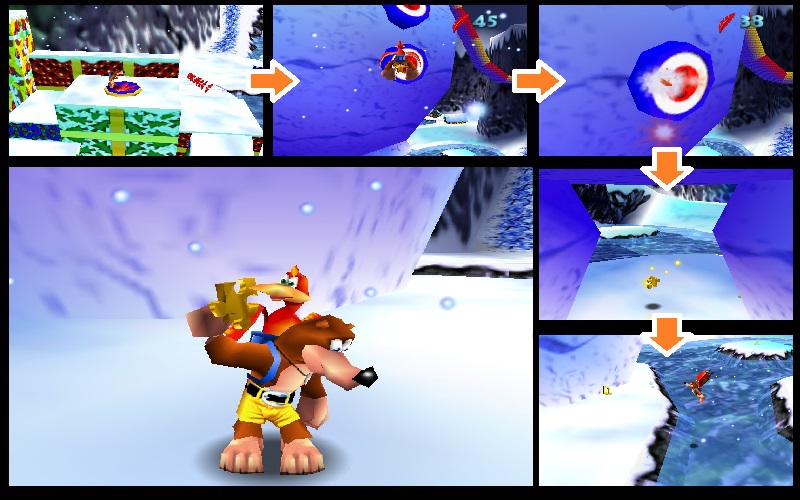 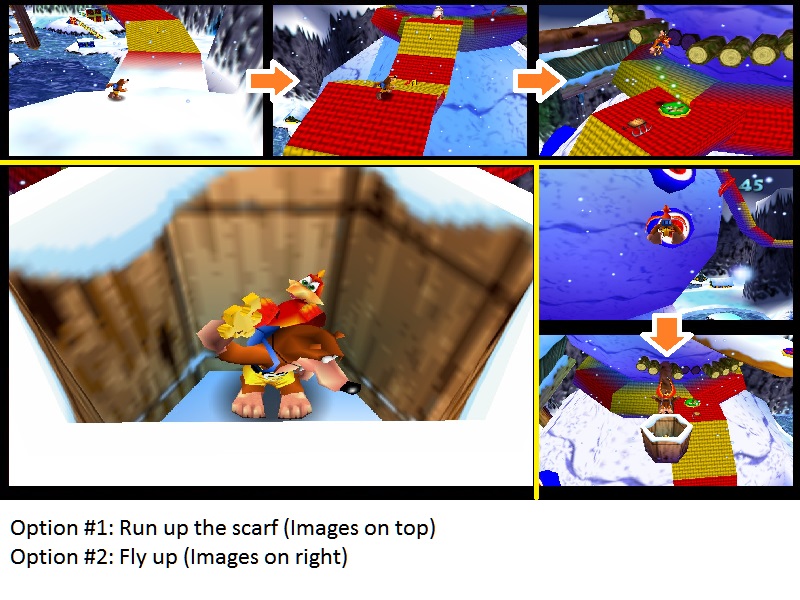 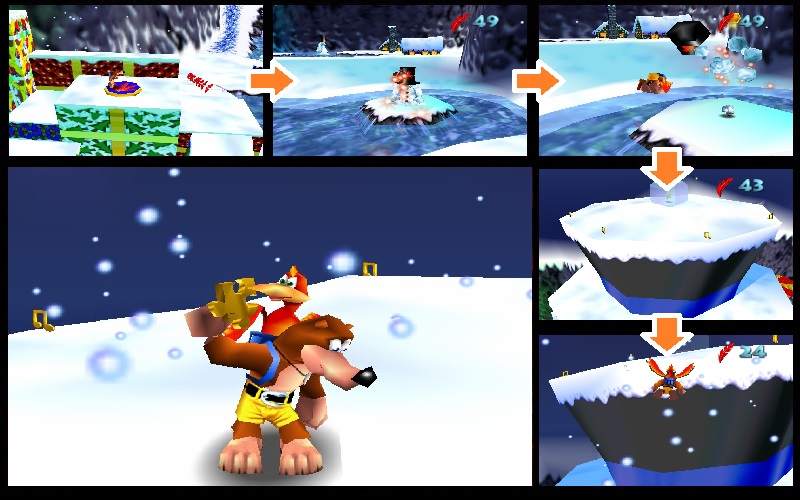 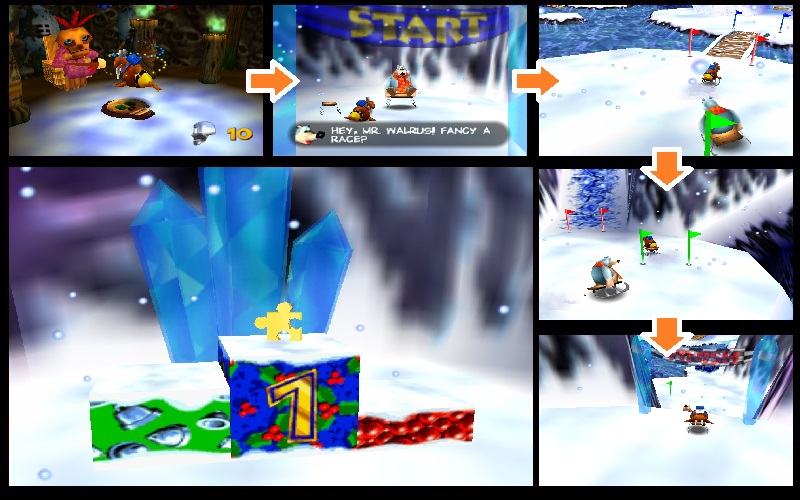 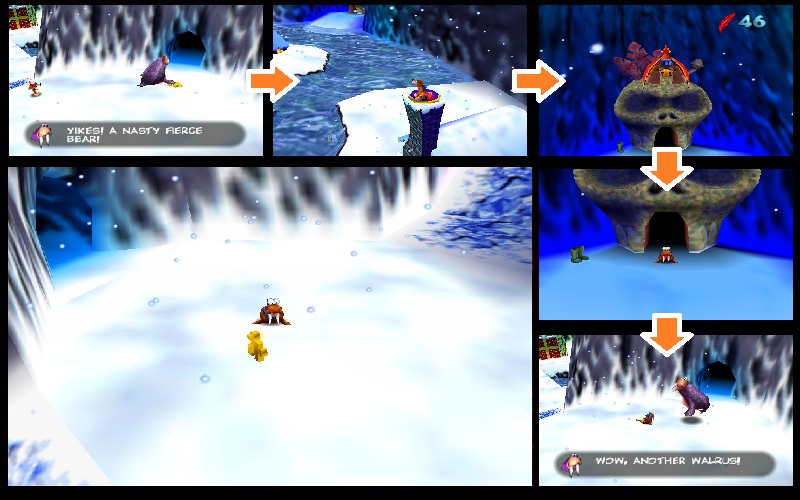 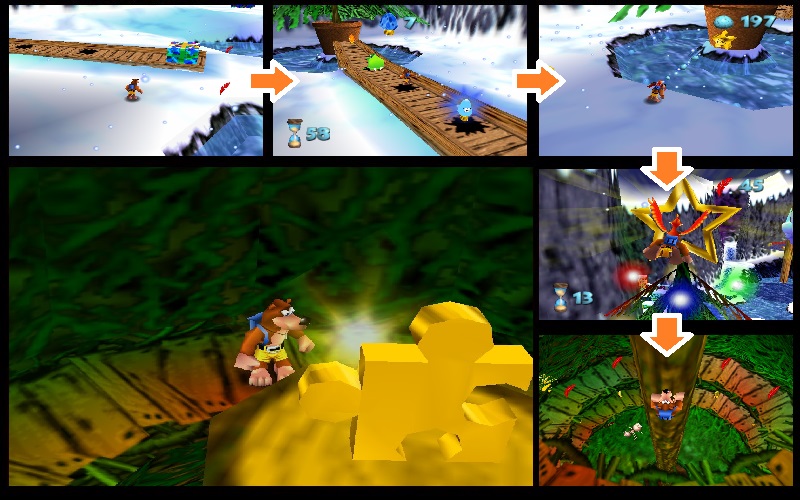 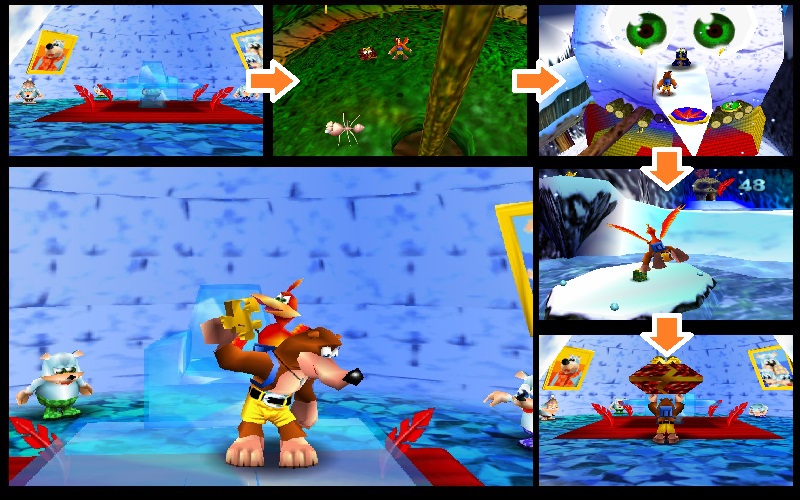 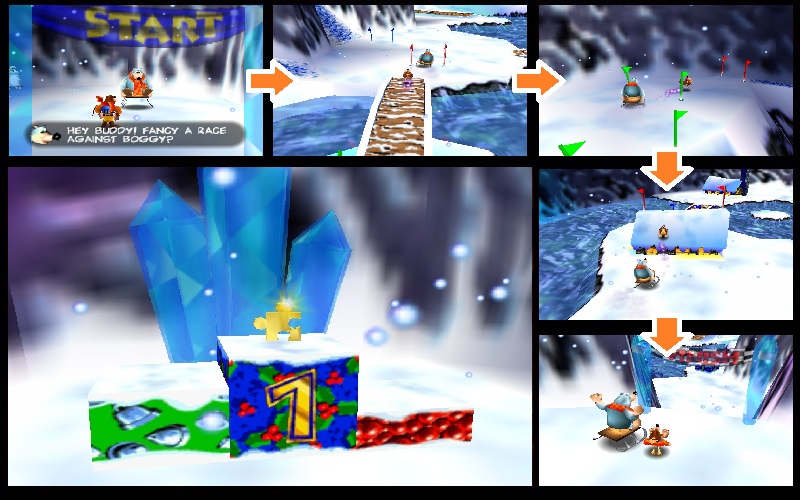 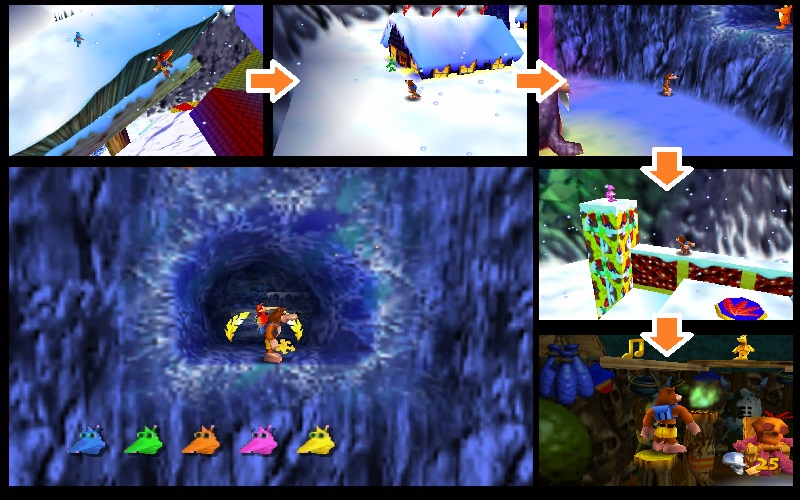 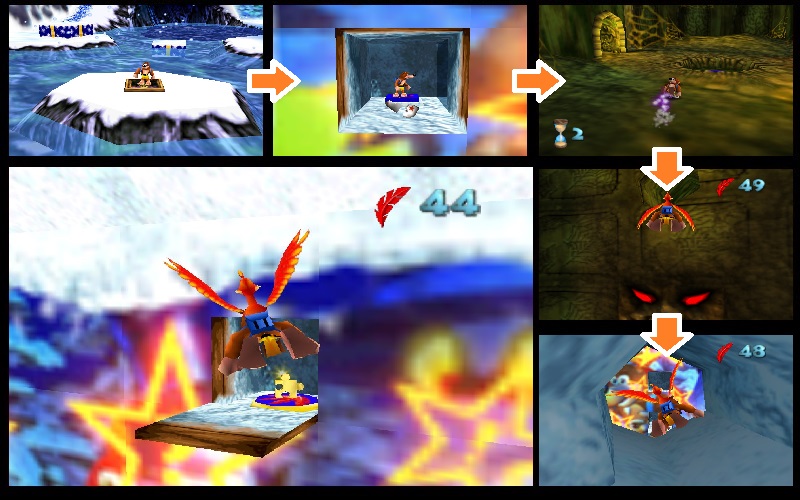 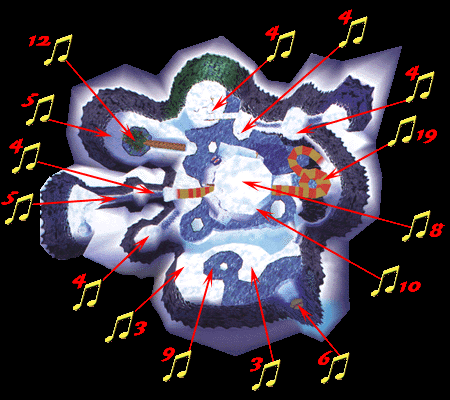 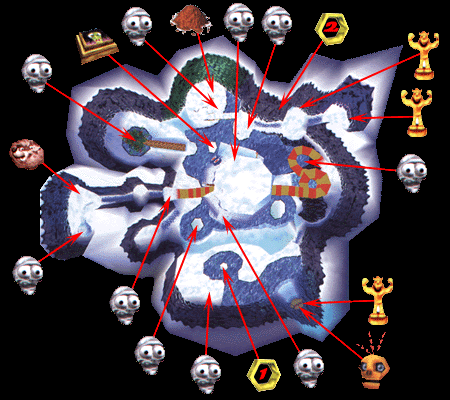