Gobi's Valley is the sixth level in Banjo-Kazooie. It's fairly challenging and as usual from Banjo-Kazooie, very fun & very eccentric. It is the third of the nine worlds that does not have a Mumbo's Skull. 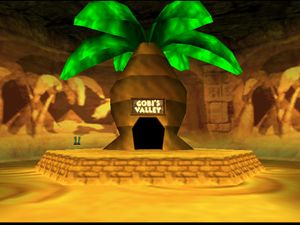 The entrance to Gobi's Valley. 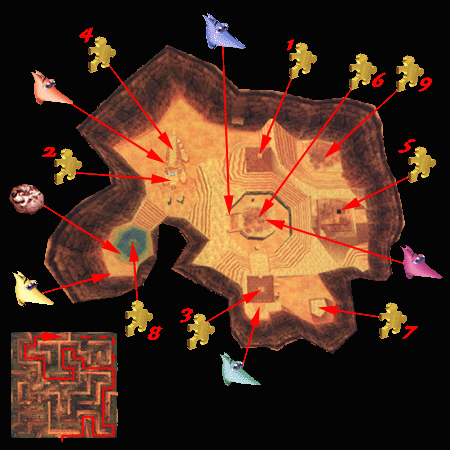 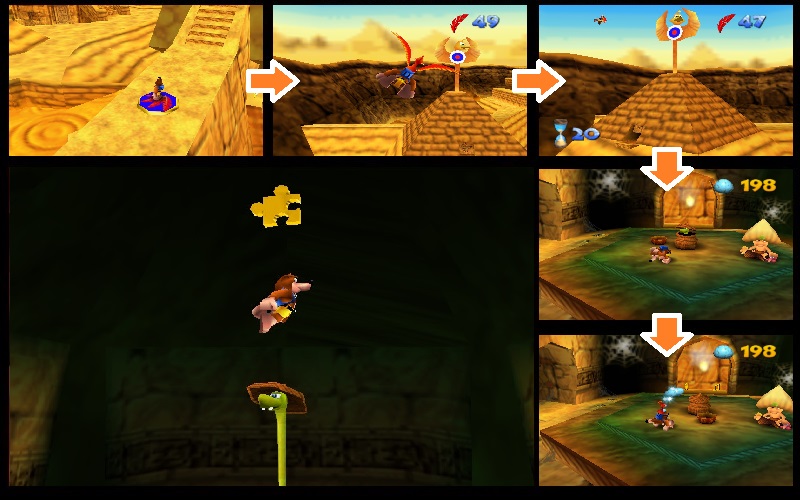 2. The Sphinx's Nose & the Magic Carpets[edit] 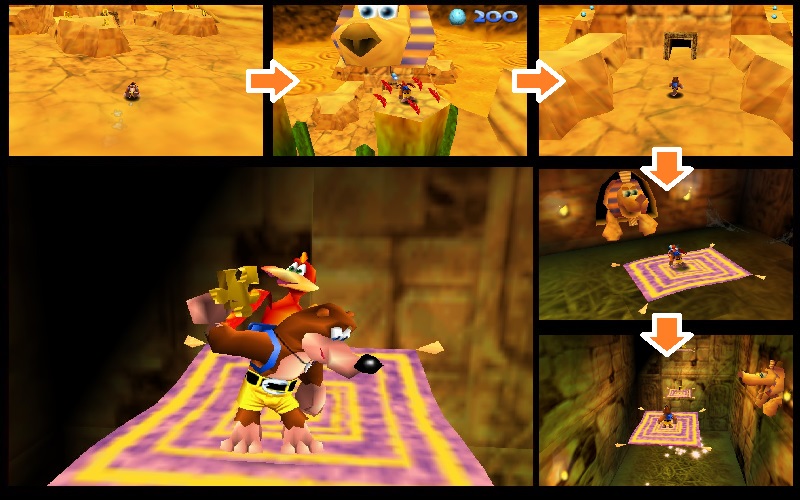 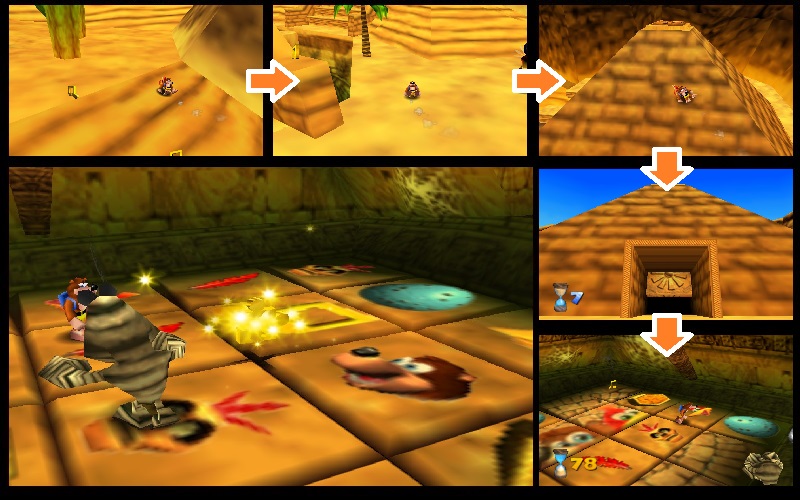 4. Hidden Rings of the Ancients[edit] 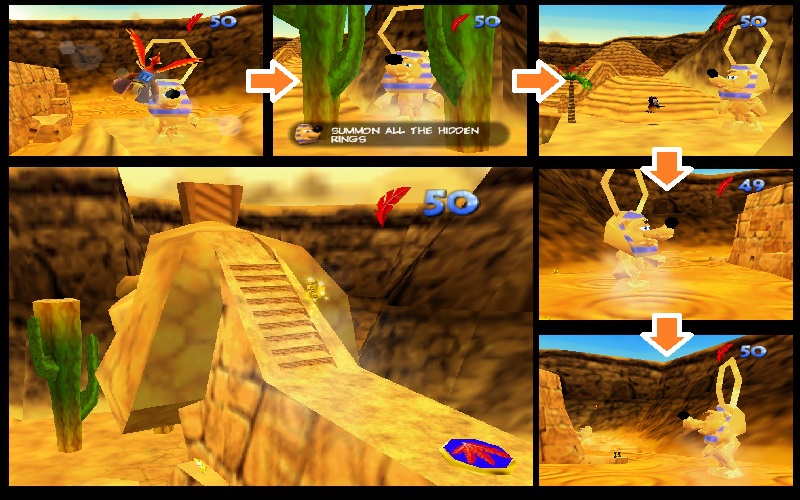 They are found in the following locations, in this particular order: 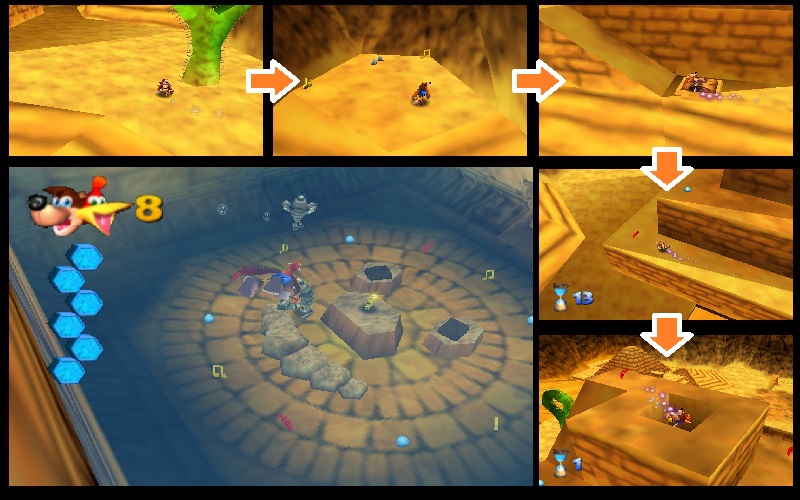 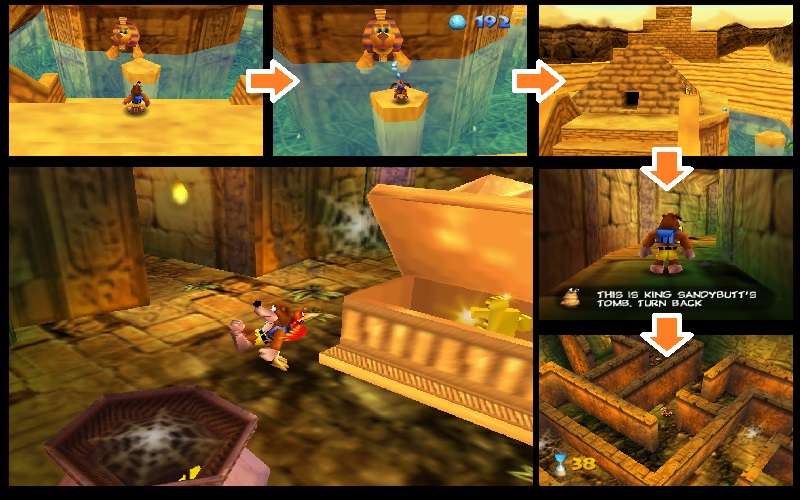 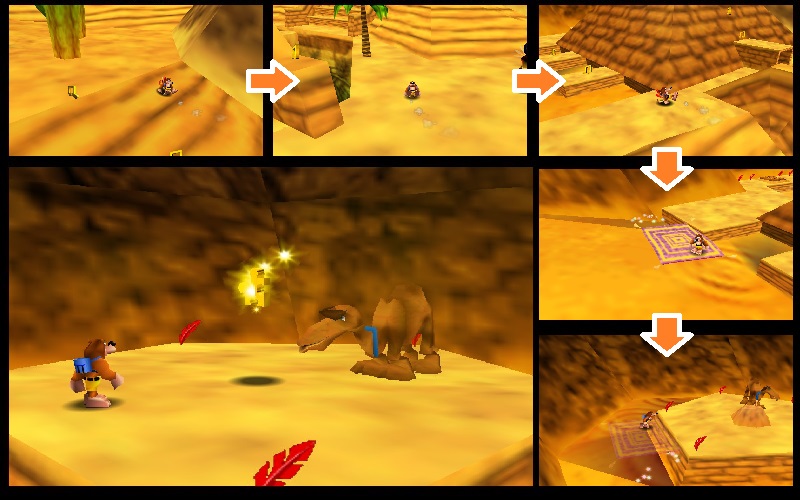 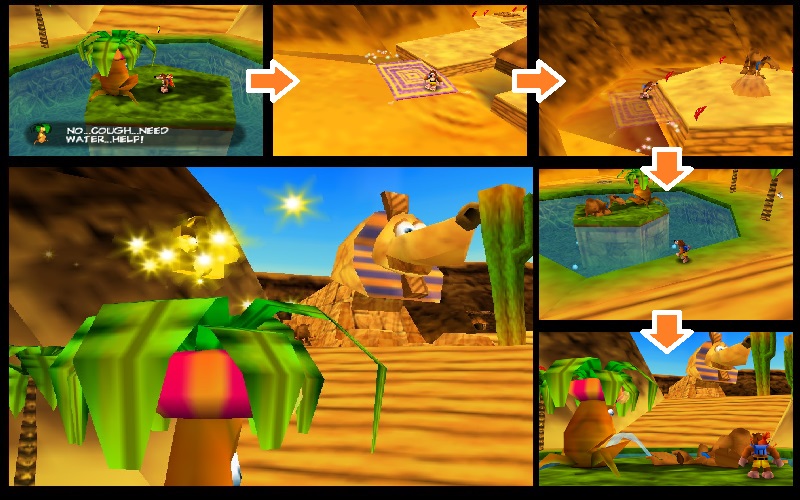 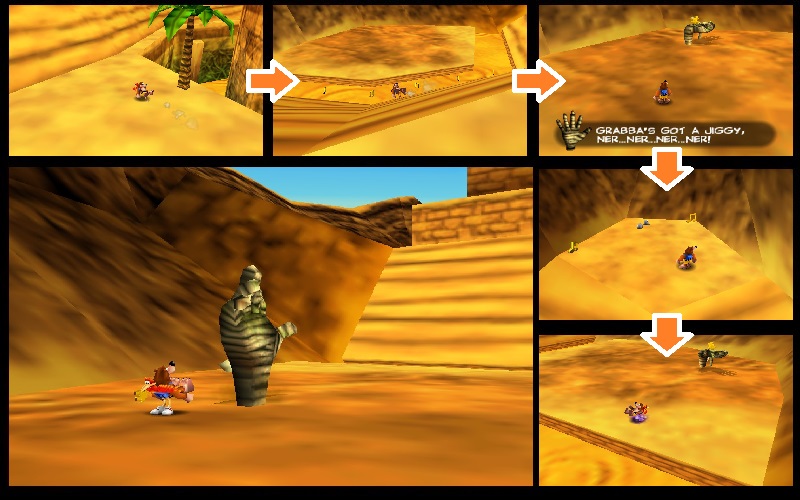 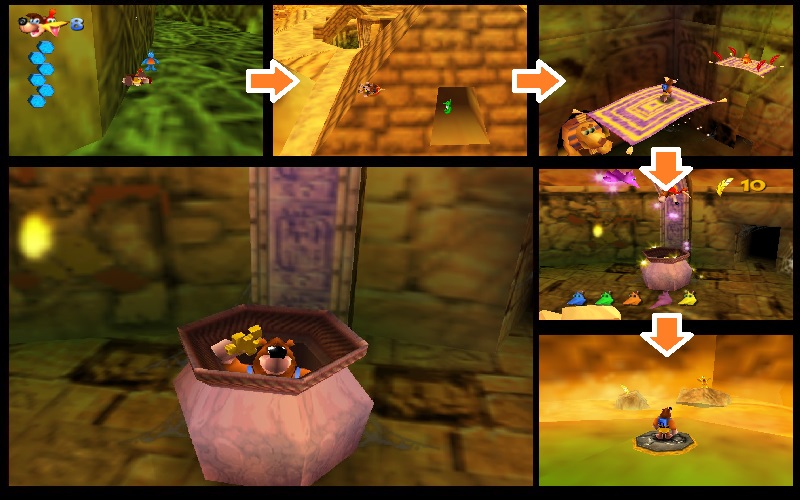 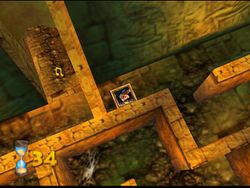 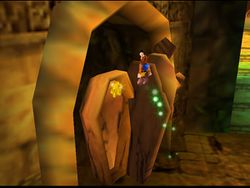 Grunty's Pad is located in King Sandybutt's maze, to the right of the exit on the other side of the wall. Be sure to escape the maze before the ceiling falls. Using this pad reveals a Jiggy inside the sarcophagi near the large urn. Use the shock jump to reach the sarcophagi and collect it. 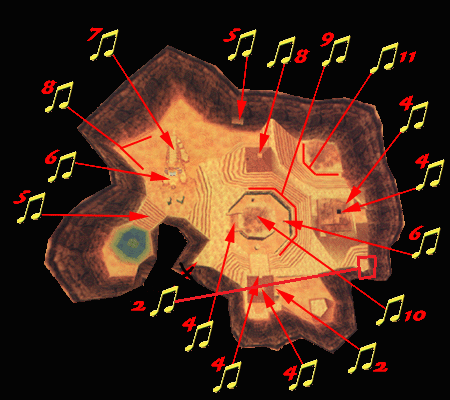 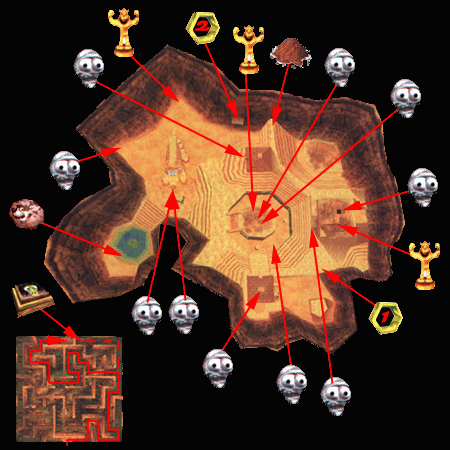 If you collected all the honeycombs in the levels before, do first Gobi’s honeycomb.Then fly through the cactus; if the cactus hurted you, you won’t need to find energy honeycombs. The energy bar will increase by a honeycomb and refill your energy.

These guys are helpful if you tend to kill everyone.

This item can only be obtained after getting 100 Jiggys and putting the following code into the sandcastle floor in Treasure Trove Cove: