This faction is the main enemy that the Western Frontier will fight in both Battalion Wars and Battalion Wars 2. They have a lot of weapons including Battlestations, strato destroyers and dreadnoughts 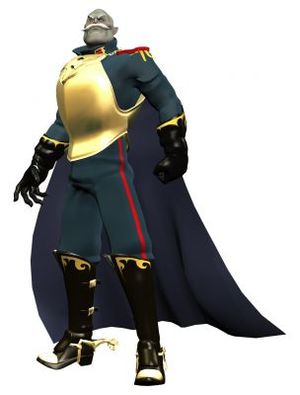 The Antagonist in both Battalion Wars I and II. He seeks great power and is a masterful Tactician. Vlad wears a cape and at one time found the Staff Of Qa-Len; however he and Ubel got trapped in a cave because of his discovery. 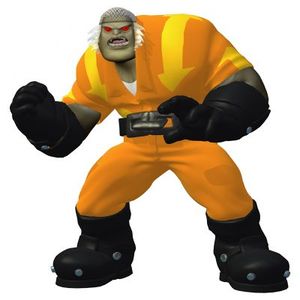 The right hand man for Vlad. He was captured once by the Tundran Territories but was freed by Vlad. A Tsar and several COs pointed out that he is an ape.

The country that often wars on the Western Frontier. This country has a Russian styled culture.

The new leader after Gorgi that joins up an alliance with A-Qira in Battalion Wars II by sending Gunships and Battleships to support him. He latter made an alliance with everyone to stop Kaiser Vlad.

He did manage to take down Ubel for killing his father.

He is Novas Dad, but was then killed by Ubel. He did attack the Western Frontier in the past of rumors of another superweapon. Also he occasionally returns from the grave to help the future of Tundra.

This empire fights both the Iron Legion and Xylvania. They have an Asian like culture while their ancient leader Empress Qa-Len also hid a powerful staff.

The Admiral that died by poison that Vlad put in his Alcohol. He is the main foe in the Anglo Isles Campaign and also wanted revenge against his enemies.

The old leader of the Solar Empire but also used and hid a powerful staff. She is a long thorn to Lord Ferrok(Lord Ferrok claimed her to be a long thorn to his side because of the Lightning Wars lasted to long). Main foe in a Flashback Campaign. 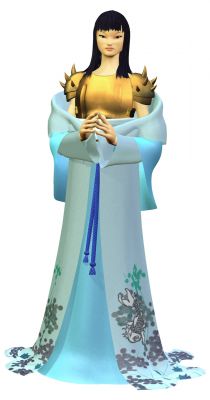 She is the new leader and also is wise. Did kill Ingrid once and did send fighters to support a colonel.

The country that did a lot of damage to the Solar Empire in the Past but lost the old war by the Staff. This nation also made a terror tank called the Battlestation but even that was destroyed by the staff. This country has a lot of Iron on all jets, tanks and infantry.

The dictator of the Iron Legion. He lost despite his use of the Battlestation. Total Conquest is so close to him but he lost the war. He vanished because of the Staff. He is also Vlad's ancestor.

This country has a European like culture and this nation attacked the Solar Empire because rumors of a superweapon. New Faction in Battalion Wars 2.

The right hand man for Colonel Windsor and air commander. He knows A-Qira to well(A-Qira is a temperament he knows to well and fights to the bitter end) and also saved Betty by using his plane to pick her up. Introduced the fighter jet

The guy who attacked the Solar Empire due to rumors of a superweapon. He disliked his statue Windsors Column being Graffidied. Introduced the Submarine.

This nation has an American like culture and is the Protagonist faction in the Battalion Wars.

The girl that helps Nova take back his country. Also claims that she owes Nova back in the first war.

The leader of the Western Frontier Army. He also help A-Qira take back the Solar Empire with his grunt infantry. Did had a rivalry with Tsar Gorgi once. Introduced the Anti Air Vets to take down Gunships.