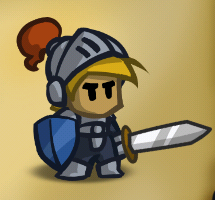 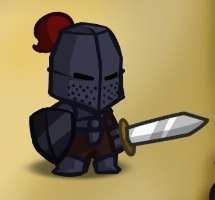 The knight is most effective as a tank, use of his high armor rating along with the battlecry ability to draw all attacks to him makes him useful in eating attacks so weaker defense but higher power characters can take them out. The revenge ability also makes him even more effective against crowds along with high dmg dealers such as jellies and bosses. A cleric really mazes out his effectiveness, allowing him to last for extremely long periods against large groups