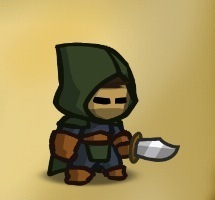 A local mercenary, handy with a dagger and morally flexible. If the job pays well, Gustav is in. He hopes to receive a royal pardon for his extensive criminal record by assisting you. 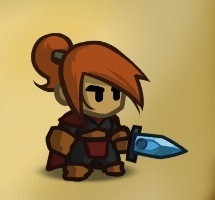 The rogue is one of if not the best one on one fighters in the game. His high attack combined with his special attacks allow him to deal great damage to a single enemy. When you combine Shadow Step and Sneak Attack with the Expose Weakness skill even the strongest enemies go down quickly. However if slimes or ogres give you lots of trouble, an alternate tactic is the paralyzing blade with a poisoned one. It will stun enemies and damage them stopping them beat up your warrior.