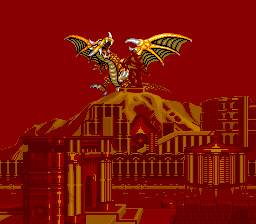 Black Tiger is a linear game, played through eight stages. You must complete each stage by reaching and defeating the boss before advancing to the next stage. Each stage introduces stronger enemies not found in the previous stage. The only way to increase your strength is by collecting enough money in the form of Zenny, and spending that Zenny on items in shops run by particular captive that you must find and free.

Shopping is an essential part of the game, and purchases should be thought out very carefully. Buying stronger weapons will help you defeat powerful enemies faster, while buying stronger armor will help you sustain more damage and live longer. Weapons are generally more expensive than armor, but the trade-off is that armor wears out while weapons upgrades are permanent. Until you have the strongest weapon in the game, you should strive to save your Zenny up for weapon upgrades only. After you purchase the strongest weapon, then dedicate your money to buying the best armor you can afford to.

Up until around Stage 5, you tend to get enough keys from pots, to open all of the treasure chests that you encounter. However, late enough in the game you will reach a point where that is no longer true. It's a good idea to start purchasing keys from shops as well by this time. Keeping your key count between 6 and 10 will assure your ability to open every treasure chest that you find. Having an Antidote or two on hand is never a bad idea as well.