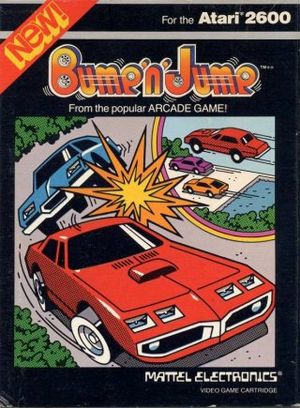 Developed and published by Mattel Electronics in 1983. This version allows you to continue from the stage that you died in by pressing the Select button after the game is over. 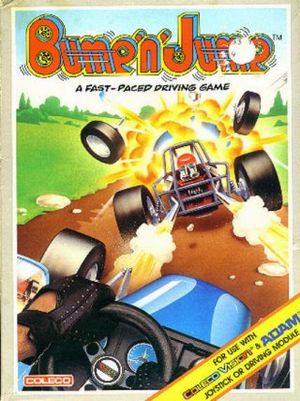 Developed and published by Coleco in 1984. 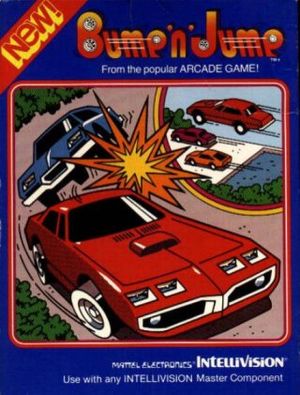 Developed and published by Mattel Electronics in 1983.

Data East originally developed the game Buggy Popper in 1986 for the Famicom as a sequel or arranged version of Burnin' Rubber. It was published in the United States by Vic Tokai under the name Bump 'n' Jump. As a result, it is the most altered of any conversion of the original arcade game. The basic gameplay is essentially unchanged, although a story in which you must rescue your girlfriend from member of a racing gang was tacked on. Instead of driving through different seasons, you drive through four environments (seaside, city, rural, and mountains) for a total of 16 courses. Your car has a fuel gauge. If you take too long to complete a stage and run out of fuel, you will lose one life. Along the way, you will find red barrels with a P printed on them that will replenish a small supply of your fuel. In addition, driving over a 1up icon in the road will grant you an extra life while driving over a pit icon will send you near the finish with full fuel. There are four kinds of trucks; the green (Sometimes yellow) ones drop rocks in the road, the red ones create oil slicks, the blue ones drop cement, and bulldozers that do not drop anything. Sometimes the trucks will drop 1up icons instead of rocks/oil.

To continue your game from the stage that you died in, press and hold

on controller I, press and hold

on controller II, and press

on controller I twice.