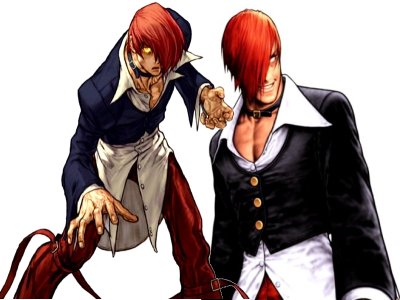 At the end of The King of Fighters '96, Iori joined in Kyo's attack on Goenitz. With a double blow of crimson flames, Kyo and Iori defeated Goenitz. Afterwards, Iori walked away. He stopped, looking to the ground and began to feel bad. His eyes got hazy, and he began coughing blood—symptoms of the "Riot of the Blood". Unable to control this surge of Orochi power, Iori violently killed his companions, Mature and Vice. After the two murders, Iori disappeared for a year, continuing to suffer from multiple outbreaks of the Riot of Blood (resulting in a number of fatalities). Iori had been entered in the next King of Fighters tournament of 1997 as a single entry. Iori once again entered the Riot of Blood, and went into a berserk rampage that grew and grew with the presence of Orochi. With much difficulty, the other fighters were able to calm him down through force.