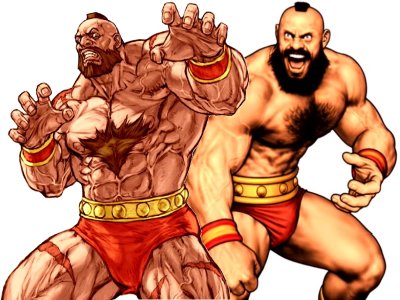 Zangief became the most famous wrestler in his home country of Russia. He became known as the Red Cyclone. His love for wrestling was only surpassed by his love for his home country, and he was determined to bring it fame and recognition by competing in tournaments around the world. For one reason or another, Zangief routinely ends up in tournaments that involve M. Bison's search for superior warriors, but he's so concerned with impressing the audience and making a name for Russia, that he tends to be oblivious to the events going on around him.