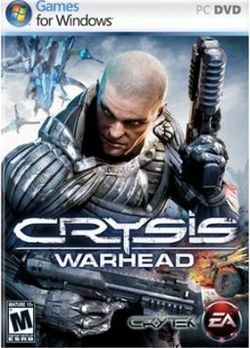 Crysis Warhead, like the original, Crysis, is based in a future where an ancient alien spacecraft has been discovered beneath the Earth on an island east of the Philippines. The single-player campaign has the player assume the role of (Former SAS) Delta Force operator Sergeant Michael Sykes, referred to in-game by his call sign, Psycho. Psycho's arsenal of futuristic weapons builds on those showcased in Crysis, with the introduction of Mini-SMGs which can be dual-wielded, and the Plasma Accumulator Cannon (PAX). The highly versatile "Nano Suit" returns. In Crysis Warhead, the player fights North Korean and extraterrestrial enemies, in many different locations, such as a tropical island jungle, inside an "Ice Sphere", an underground mining complex, which is followed by a convoy train transporting an unknown alien object held by the North Koreans, and finally, to the airfield where the game ends with Psycho recovering the alien object. Like Crysis, Warhead uses Microsoft's new API, Direct3D 10 (DirectX 10) for graphics rendering. Crytek have also recently added a Crysis Wars mod for the Sandbox 2 editor, the same tool that Crytek used to create the game.