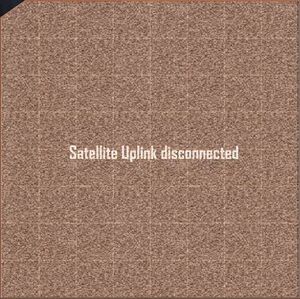 Find Colonel Lee and the container.

Well, you've lost your map. Night vision is useful here. Keep hugging the left wall as you proceed. Jump into the pool of water, and head through the tunnel with the flare. Eventually you'll find a group of KPA fighting some aliens below you.

Move through the watery tunnel. There're a lot of KPA and aliens mucking about, so keep our night vision on whenever possible. Eventually you'll come to a point where you can take a higher path or crawl through a tunnel. The higher path leads to a group of KPA and weapons cache. Some of the KPA are armed with Gauss rifles, so be careful.

Both paths lead you to the same place: a large, machinery-filled room. There are armed, mounted machine guns and men with guns. Sneaking by is possible, but harder. Make sure you keep cover from the mounted guns though, they'll tear you apart.

Head down the corridor next to the guns and watch the ceiling collapse. Further on, there's a soft-top driving through the tunnel, so proceed carefully. There're also some soldiers equipped with heavy weaponry deep in the tunnel, so cloaking while sticking to cover is advisable.

After a right turn in the tunnel, you'll enter a room filled with enemies. What you need to do is get to the second floor, on the right side, and enter an elevator. Avoid enemies along the way for an easy time, or take them out. Just stay away from the middle ground, where you can get shot from multiple directions. Once up the elevator, move through the rooms until you reach the freight terminal.

The large tunnel ahead is filled with enemies and it's easy to get caught up in crossfire. Instead, stay in the doorway and snipe out any targets that get in view, before moving forward and clearing out the stragglers. A precision rifle a couple rooms earlier is perfect for this. Make your way to the opposite side of the tunnel. You'll eventually reach...another tunnel, this time with a functional train in it. Move to it.

Go to top
← Frozen Paradise | Below the Thunder | From Hell's Heart →