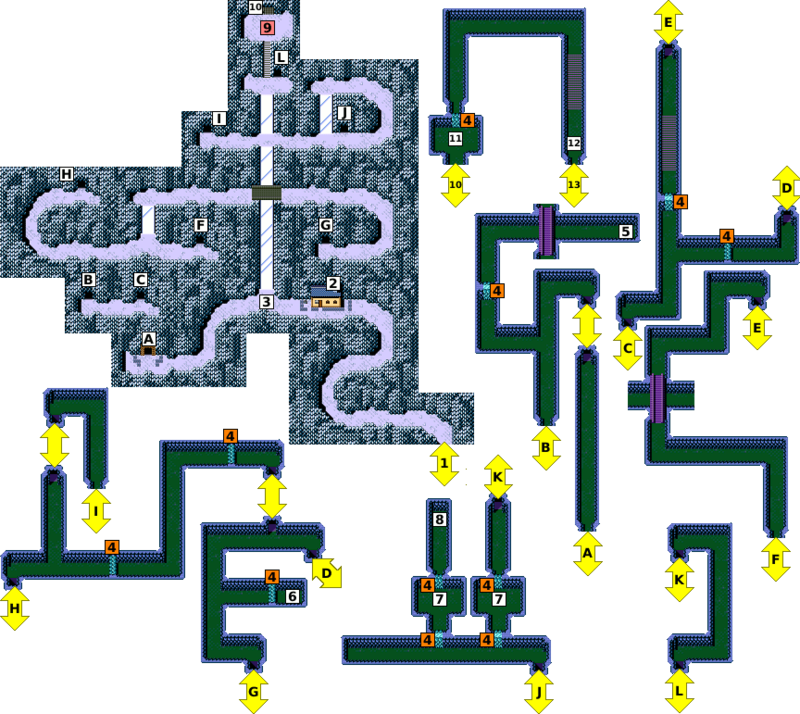 Soon after entering the North side of Mt. Sabre, you'll come upon a large building. This is Nadare's Inn, and the interior of the Inn is a small but functional safe haven (once you reach it, you can Teleport to it in future). It has both beds and a shop if you need it.

Not far past is a dying man. You may have seen him in the tavern in Brynmaer. Before he dies, he notes how he was captured and that people from Leaf were with him before he escaped. Continue down to the path until you notice some talking. Ahead is the mine entrance and two Draygonian Soldiers. When you try to speak to them, they will respond by attacking. Note you need the Sword of Wind out to damage them, and their swords are quite damaging. You need to keep your distance and attack with elemental bolts. Once they're defeated, proceed inside and be prepared to fight more Soldiers.

The cave network here is a little more vast but a little more direct, too. In the second room, if you take a left, you can melt an ice wall for an Antidote. Otherwise, go down to head outside and into the adjacent cave.

Here, you can choose your path, as all will generally lead to the next area. Here are two possibilities:

These two are the most direct routes to the same room. There are other, more roundabout ways if you wish to collect items or build experience (remember, you need to be at level 7 before you reach the top). Head outside from here. 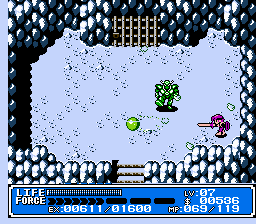 To fight General Kelbesque, you must be at least Level 7.

Across the path (avoid the ice slope) is another cave. These are the prison cells. Break the cells with the Ball of Fire and you will find the Key to the Prison in the back of the left cell. In the back of the other cell is the path up to General Kelbesque, the first of Emperor Draygon's Finest Four. Kelbesque's ranged attack is a ground stomp. It causes debris to move up and down the screen, before changing direction to the left or right. However, his main threat is simply from walking around the area to inflict significant damage. You must heal if below 40 HP, even if you do not hear the low hit point warning.

Each of the Finest Four is only vulnerable to a specific element: in this case, Wind. The easiest way to beat him, provided you have enough magic, is to use the Tornado Bracelet. The wide waves of the attack make it easier to hit him. Also note that in the NES version, you need a minimum level of 7 to be able to damage him.

When he is defeated, he will withdraw and leave behind the Flame Bracelet (opening up the 16MP explosion attack). Use the Key to the Prison to open the door to the north to free the Elder of Leaf. Pass through to get the Paralysis spell and to reach the Waterfall Valley.