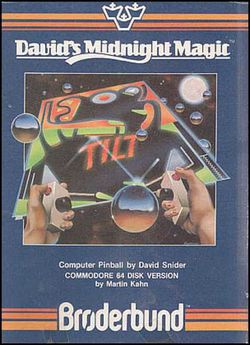 This guide is for the Brøderbund Software game. For the Atari 2600 game, see Midnight Magic.

David's Midnight Magic is an early computer pinball simulation written by David Snider and released by Brøderbund Software in 1982. The game was published in Europe by Ariolasoft and was originally released for the Apple II computer platform. Later versions appeared on the Commodore 64 and members of the Atari 8-bit family. 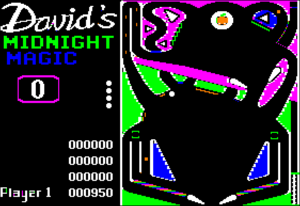