In a majority of cases, the controls for the home versions of Defender were simplified so that Thrust and Reverse were removed and the player could direct the lateral movement of the spaceship solely with the joystick. For most computer systems, smart bombs are deployed with the space bar.

Developed by Atari in 1981. Not surprisingly, the biggest departure from the arcade version. The surface of Earth appears more like a sprawling metropolis instead of a rugged mountain terrain. Only five humanoids appear per stage. In order to use smart bombs, the player must dive below the buildings and press fire. In order to hyperspace, the player must push against the top line until he disappears, and then press fire.

Developed by Atari in 1982. As was typical for these two systems, the 5200 version was visually identical to the Atari home computer versions. 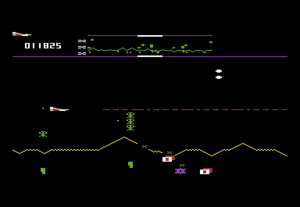 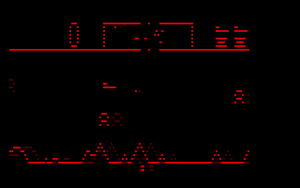 Developed by Entex in 1982. Defender was the pack-in for the system, which only received three other games, Super Cobra, Turtles, and Space Force, an Asteroids clone. 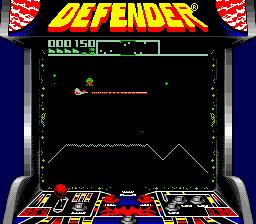 Published by Nintendo in 1995 on a single cartridge with Joust as the fourth in their Arcade Classic series. The cartridge was compatible with, and enhanced by, the Super Game Boy adapter.

Published by Midway in 1998 on a single cartridge with Joust. 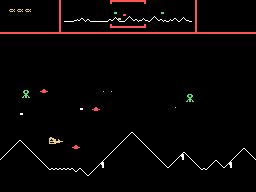 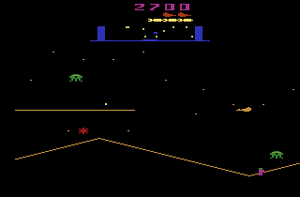 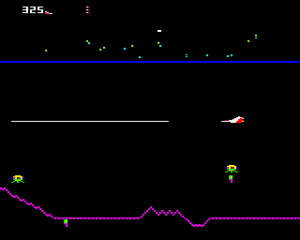 Developed by Acornsoft in 1982. Originally named Defender, it was later changed to Planetoid. 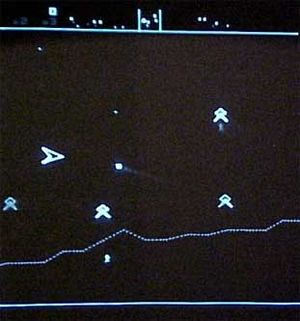 Homebrew clone of Defender for Vectrex

Impressive homebrew project for the Vectrex developed by Alex Herbs in 2003.