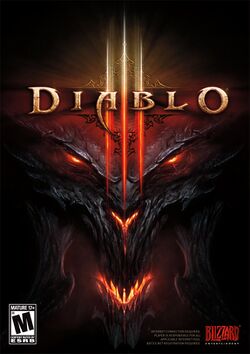 Diablo III is an action RPG currently in development, and the third installment of Blizzard's Diablo franchise. It was unveiled on June 28, 2008 at 2008 Blizzard Entertainment Worldwide Invitational in Paris, France. The player will be able to choose either a male or a female character for any of the available classes, unlike previous games in the series. An expansion pack, Diablo III: Reaper of Souls, added Act V and the Templar class.

The game takes place in "Sanctuary", the dark fantasy world of the Diablo series. This world was saved twenty years prior by a handful of unnamed heroes in Diablo and Diablo II. Warriors that survived the onslaught of the armies of the Burning Hells have gone mad from their ordeals, and it is up to a new generation of heroes to face the forces of evil threatening the world of Sanctuary. Players will have the opportunity to explore familiar settings such as Tristram.