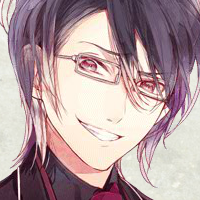 Reiji (レイジ) is the second son of Beatrix and biological brother to Shuu. He is the second oldest of the household, though he acts as the oldest due to Shuu's laziness, to the point that Yui even mistakes him as such. He proves his intelligence whenever he helps Yui with her homework or beats her at chess games, and strives for cleanliness. Despite these qualities, he was heavily neglected as a child in favor of his mother's first son, Shuu. He despises Shuu more than any of the other brothers for this reason, and so carries the philosophy that if something is not perfect, then it does not deserve to be cared for.