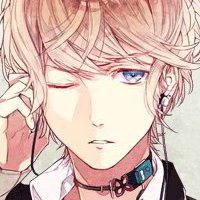 Shuu is the oldest of the Sakamaki brothers, the first son of both Beatrix and Karlheinz. He is the head of the household, though due to his lazy nature, these duties are usually pushed onto his younger brother, Reiji. His indifference to everything around him comes from his mother pushing him so that she could look better than her husband's second wife, Cordelia, when all he wanted to do was have fun. He later met a human boy and, despite their differences, befriended him. Shuu knew him as his first and final friend, and continues to blame himself for his death. Can usually be found sleeping in the mansion's living room or the school's music room, often while listening to music.