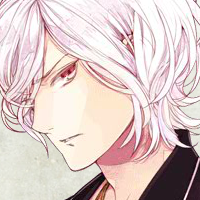 Subaru (スバル) is the youngest of the Sakamaki brothers and the only son of Christa. He gets extremely violent when angered, though he tends to primarily take his anger out on furniture and walls. Despite all this, he doesn't hurt Yui carelessly as his brothers do, possibly making him the tamest. In truth, much of his violent outbursts come from his own self-loathing, and unlike his brothers, he doesn't take pride in being a vampire. Because of this, he tends to distance himself from Yui out of fear that she will become a vampire just like him.