Boost from the start-line to ensure you hit the line of bananas first, grabbing three if possible. Collect the blue balloon and hug the inside of the track, pulling out only to take the innermost banana from the line of three. Continue on the inside of the corner until you hit the zipper, aiming for the grass with the blue balloon. Make sure you get a blue boost, and just as it's running out you'll be collecting the balloon which should be used immediately. This boost will propel you right into the path of a third blue balloon, collect it and kiss the apex of the corner before hitting the zipper. As your zipper boost runs out, use your power-up and shoot over the finish line.

The only hazard to look out for is a marauding dinosaur near the pool in the latter third of the course. He won't squash you, but you'll be stopped in your tracks if you hit him, thankfully he's easily avoided. 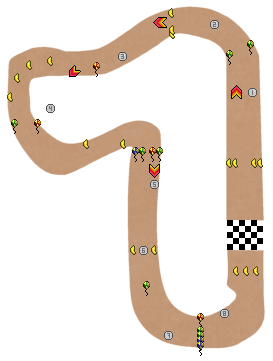 After the second zipper, the track turns to the right, but there's a zipper on the sand. Release

just before reaching it, and you'll jump across the lake, saving a few seconds. 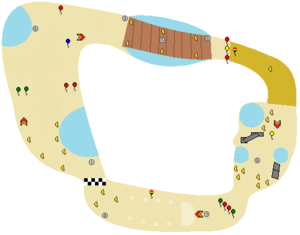 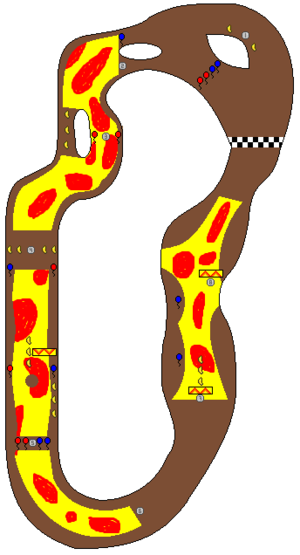 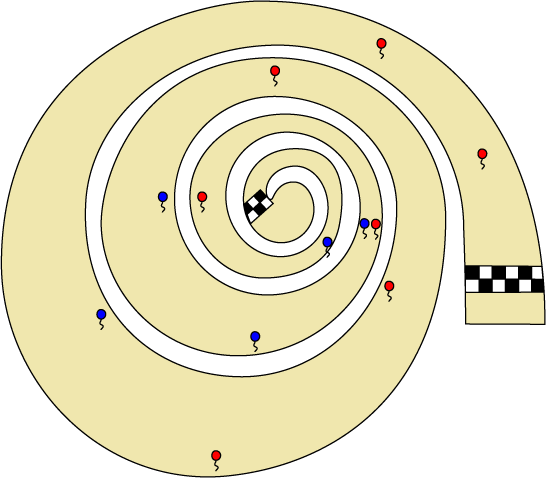 A set of bushes marks a shortcut that you should use. You can recognize it ahead of time by the rock outcropping and a blue balloon.

On the second challenge, the triceratops moves slightly faster, and some stone pillars will try crashing down. In addition, there is no booster in the shortcut.