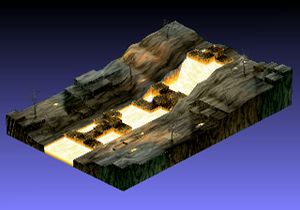 The enemies get a lot tougher now, so it is recommended to power up in Item World or new weapons/armor at the very least before you start this episode. You will have to fight Scarecrows, Treants, and a Dark Knight on this map. The Treants are basically monster versions of Archers. They have attacks that hit certain formations with status ailments, most notably Poison and Dazed, with some Sleep mixed in there, too. Scarecrows attack lines with their knives, but are pretty much close-range fighters. Dark Knights are pure power and pure close-range, despite having one Special that can hit with a Spear's range. Now, to effectively battle Treants, staus resistance is recommended, but not entirely needed. They have poor defense with moderate HP, so area-of-effect attacks (Such as Etna's Chaos Impact or a spear-users' Asteroid Drop are life-savers, especially when used in a Combo.) The Scarecrows have some tough stuffing, with moderate HP, and moderate Defense. Use close-range attacks to overpower them, or use Mages/Archers/Gunners and the like to snipe them from afar. The Dark Knight is your biggest obstacle. He has a ton of HP, very tough Defense, and decent Attack power. He's basically a mini-boss. So, use the combo-and-swamp strategy, while your Healers help from afar. Include your Archers and long-range fighters, too. Having them attack early will up the Combo Counter, increasing your remaining attacks' strength. Note that the enemies on the other side of the "Bridge" terrain will move if you step on it. But, this isn't a totally bad thing. The bridge has an Experience +50% effect. 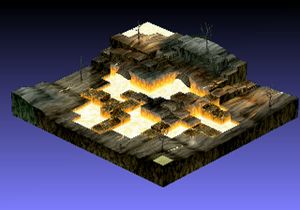 Well, this map's quite the doozy. The entire area your'e on is knee-deep in a Silence, Ally Damage 20%, and Enemy Boost combo effect. You're also surrounded by an army of Treants, and four Dark Knights. You should focus on destroying or knocking away the Geo Symbols producing the effect. Have your toughest characters thrown onto the land nearest the symbols and have them move to attack the symbols. You may have to end your turn once to do so, so beware of the nearby Treants that may attack your thrown characters. Take the damage, and destroy the symbols as soon as possible. Ignore the Treants till then. After that's done, you will have two teams. One attacking the enemies that attacked them, and the one coming from the Base Panel. Dispose of the Treants first, then have ALL of your characters regroup and/or Heal. This way, you can combo the Knights one by one. Be mindful that if you have been using your Healer a lot up to this point, she should have a high Staff Weapon Mastery. This may enable her to heal the team on the other side of the map. Keep this in mind when destoying the Treants. 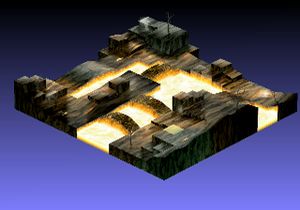 This is the first battle with the main enemy of this Episode: Flonne. She is by no means hard, wielding only a staff and one attack spell, whilst having a slight HP boost with poor defense and a healing spell or two. It's her henchmen that make this map trouble. You have four Treants in front of her standing on Experience 150% panels. There are also another five Treants standing in a "cross" formation of five on the other side of the map, also on these types of panels. And to put the cherry on top, you've got two Dark Knights flanking Flonne from the map's back side. First things first, get rid of the Treants. You better have some area-of-effect or at least some Magic spells to clear them out or else they will swarm you FAST. Go for the ones in front of Flonne first, since the "cross" ones will not move unless you are within their area. Once that's done, dispatch Flonne. Then, go for the Knights. Use th combo-andswarm strategy to clear them out. Remember to have your ranged attackers attack first to build your Combo Counter up. This will give your last few attacks a litle extra power. Finally, head over to the "cross" Treants and take them out in the same manner you destroyed the first four.

Small notice: If you revisit this map after it's completion, Flonne and the Knights will be gone, but a Zombie will take her place. This Zombie will have the same accessories that the Zombie Boss fought in one of Laharl's story episodes has. (Mahogany's Brain, Hercules Body, and Horse Wiener.) However, unlike the Laharl story, you can revisit the map and get as many copies of these items as needed. If you started Etna's story from level one VIA the cheat code, this will help you GREATLY. Take advantage of it. 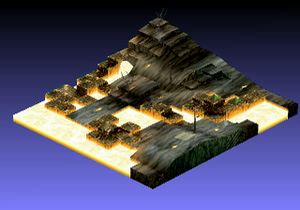 The second battle with Flone. She's a little tougher stat-wise, but still pitiful. She has six treants standing in a 3-by-3 formation. (Two vertical rows with three Treants each next to each other.) Behind them, two Dark Knights. There is also a line of three Scarecrows on the top right of the map with two more Knights to the right of the Base Panel below the Scarecrow line. Defeat the Treants first. Area-of-effect attacks should do just fine, although Spear and Fist users will not be able to attack them effectively. Leave them out for now. Once the Treants are gone, deal with the Knights. Bring out any of your Healers or ignored attackers and keep the Healers by the Base Panel. Combo the Knights to death, If done correctly, the two knights below the Scarecrow line should have closed in on you. They may even take out your Healer if in range. Kill them first. After they are exterminated, put Flonne out of her misery. The last enemis you should face are the Scarecrows. Attack them either at close-range with powerful attacks, (Axe-users make a killing here.) or use magic and ranged attacks. (Gunners help greatly. That should win you the battle. 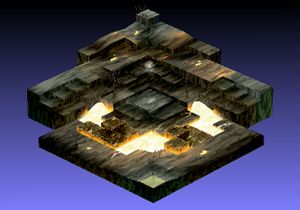 To make this map easier, make more then one Thief character. They need nothing equipped, just their presence. Also bring some healing items, they may save you. The final battle with Flonne. In this battle, she's the only enemy, but you have to cotend with a triple whammy of negative effects. Ally Damage 40%, Enemy Boost +50, and Silence are your enmies here. The only way you can contend with all of this is to throw your attackers towards the Symbols and destroy them. Go after the Damage one first. The Thieves make getting your characters there easier, since they have throwing ranges of 6, the highest in the game. As long as the Damage symbol is destroyed, you can take care of the other two at your leisure. As for Flonne, she has three counterattacks and Fist specials, although she cannot use them since she is also affected by the Silence symbol. Do not enter a Counter war with her unless prepared. You'll only hurt yourself in the process if unprepared. Once ready, combo Flonne to death. Be aware that if you destroyed the Silence symbol, you can use your Special attacks, but she can too. If underpowered, keep Silence active and use any healing items you may have to compensate. Try to use your long-ranged attacker more than your close-range ones if Silence is active. Otherwise, you WILL take Counter damage.

Once this stage is completed, Flonne will join Etna's party. She comes equipped with a Staff, suggesting a Magic-inclined character, but can also use Bows and Guns if needed. She has very low HP, keep this in mind when customizing her. Also note that if you started Etna Mode as a New Game +, she will retain whatever weaponry, abilities, and Level she was when playing Normal Mode.

When you revisit the map, a Tiamat Dragon takes Flonne's place. Also, the only effect that will be present on the map here will be Ally Damage 20%.