Disgaea: Hour of Darkness/Episode IV: Gift From an Angel

In this chapter, there are many enemies weak against ice. Using Blue Mages, Blue Skulls, or gun users with Tri Burst will make these stages easier. 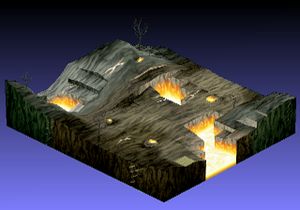 In this stage, there are many Geo Panels affected by two Exp +50% Geo Symbols. If the enemies wander off the Geo Panels, you can throw them back on to maximize the amount of experience you get. The Killer Armor here moves very slowly, but hits hard. Keep your characters away from it and focus on the weaker enemies before engaging it. 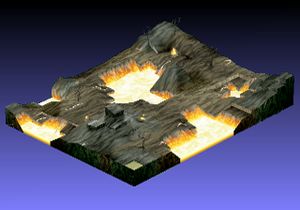 Like the previous battle, keep the Killer Armors away while you kill the rest. 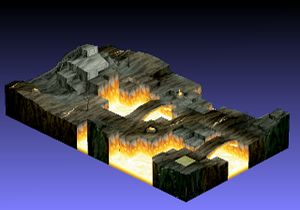 The entire battlefield is covered in Geo Panels affected by Enemy Boost +50%. Near your Base Panel, however, is a Damage 20% Geo Symbol. Throw the Geo Symbol onto a Geo Panel and the enemies will all die in 5 turns. Since you can bring out 10 characters and must have one on the battlefield to end your turn, you can last 10 turns. Enemies killed by Damage 20% will not yield experience, so you can use this tactic if you are having problems defeating it otherwise. 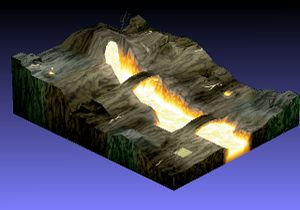 The Killer Armors will generally not move to attack unless you get close to them. By avoiding them, you just have the other enemies to worry about. Mid-Boss will start moving towards your party after a few turns even if you have not gone near him. Try to finish off as many enemies as you can before he gets to your party, and then focus on him. After everyone else is dead, kill the Killer Armors.