Disgaea: Hour of Darkness/Episode XII: War of the Netherworld, Part 1 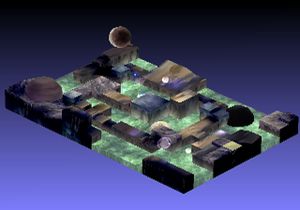 Each of the Recruits is equipped with a gun. This means that many of them will be attacking a single character. You may want to try luring them away from the others rather than charging in and attacking. Remember to keep out of the water, as it has Ally Damage +20% Geo Panels under it. 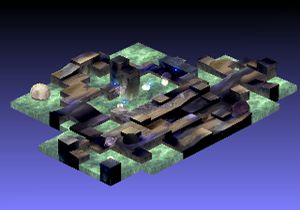 You will definitely want to get rid of the Silence Geo Symbol as soon as possible. Leave your mages inside the base panel until you have accomplished this. Once it is out of the way, it is easier than the last map since the recruits have melee weapons. Again, stay out of the water. This time it has Ally Damage +100% and will kill any characters in it at the end of the turn. 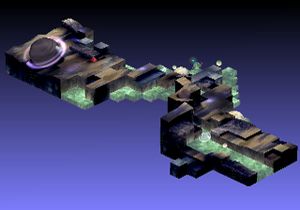 This level has invincibility and Ally Damage 20% on it. You can walk over and throw the Ally damage into the water to negate that effect. The water directly below the geo symbols has very steep walls, and once inside the recruits will not be able to get out. Use this to your advantage by throwing all of them in, and then attacking with ranged attacks. 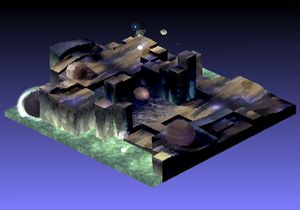 Lure the recruits over and destroy them quickly. You will be fighting Kurtis and some more soldiers next. Kurtis has very powerful AOE attacks, and the soldiers are also pretty strong. You may want to lift Kurtis and hold him until you finish the soldiers off; your character will take a lot of damage, but not as much as Kurtis attacking would.