Disgaea: Hour of Darkness/Episode XIV: What Lies Beyond the Battle 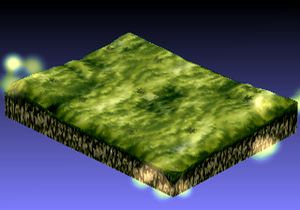 You will be fighting Mid-Boss again with some of his companions. Destroy them quickly, as Mid-Boss will come after your party in a few rounds. The field is covered in Experience +100%, so this makes a pretty good leveling spot. 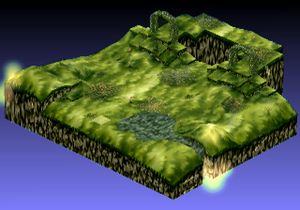 There are two Geo Symbols giving Warp to the map. Send out a couple tough characters to fight the angels and hopefully destroy the Geo Symbols. When enough angels are warped near the base panel, bring out your mages and destroy them quickly. 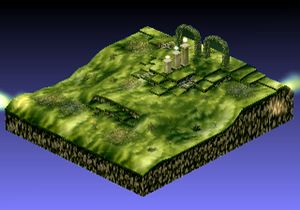 Put your characters on the Recovery 20% and DEF +50% panels. They will be healed every turn and be much tougher, so they shouldn't have a hard time taking out the angels. 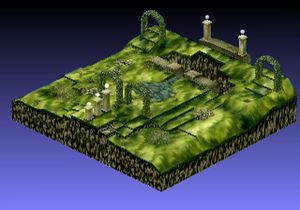 Navigate through the maze making sure to stay away from the right side of the screen. The enemies over there will come over and use ranged attacks to destroy your party if you get close. As you travel through the maze, destroy the archers and angels with ranged attacks if you cannot reach them to engage in melee. 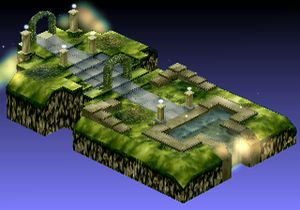 The enemies here are high level but have no items. They are not especially tough compared to other enemies you have been fighting. 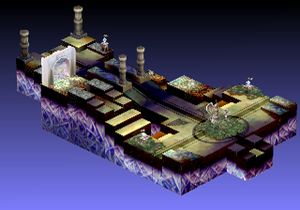 Similar to the previous level, but with fewer enemies. 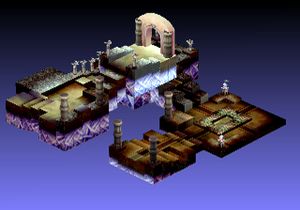 This map can be very difficult if you rush out and attack the nearest enemies. To make it easier, keep one or two characters near the base panel, and everyone else in it. The angels from the higher level near the base panel will come to attack you, but the ones closest to you will not. Once they arrive, bring out your whole party and swarm them. Depending on where you stood originally, Vulcanus may come with them. You will probably want to lure him down separately. 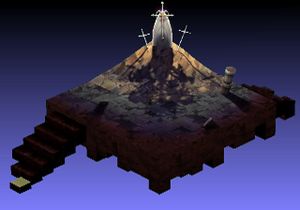 Stay near your base panel to lure in the nearby angels. Destroy them as quickly as possible, since Lamington will be coming to attack shortly. As soon as he arrives, spread your characters out or he will destroy your party with AOE attacks.

This is the final battle. When you beat the game, you will be given the chance to save your game after the credits. Doing so will allow you to play again with all your characters skills, experience and items intact.

If you're on your first playthrough, be sure to snatch the Testament from him.It will make the fight easier, and give you a better edge with the New Game+.

Go to top
← Episode XIII: War of the Netherworld, Part 2 | Episode XIV: What Lies Beyond the Battle | Disgaea: Hour of Darkness →