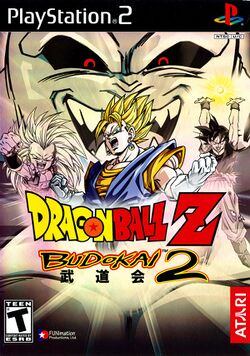 The game's features include a tournament stage, versus mode, and an item shop. The story mode in the game is known as Dragon World, and plays like a board game as the player assembles a team of Z-fighters to challenge the various enemies in the series starting from the Saiyan Saga up to the final Kid Buu Saga. The game has a total of 31 playable characters including fusions of different fighters, and Majin Buu's various forms. The Japanese version of the game added several new costumes, as well as a new stage in the game's story mode. Some of the added costumes were added to the North American release of the GameCube version.