Besides the original tutorial battle, training can give your character a level-up. It's best to use training as frequently as possible. You can raise your power, Ki, and HP. Each mini-game has levels as you get past other levels successfully. For example, if you complete Level 1 successfully, you go immediately to Level 2. As the numbers progress, the levels get harder.

Training with Kami is the original training. Kami's training is available before King Kai's, thus you should work on the mini-games given to you to build up Goku for battles of the first half of the game. Completing the mini-games successfully will give you a level-up in different areas. The area that gets leveled up depends on the mini-game you choose.

The mini-game that gets your power up is just like blocking. Try to get the marker as close to the middle as possible within the time limit. Try completing the mini-game successfully at least 6 times to see a large improvement in your HP. If the marker goes off the bar, you have to start over again. 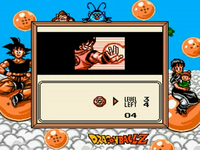 This mini-game raises your Ki. It's the same as dodging as you'd do in a regular battle. Press the button on

to coordinate with the arrows beside the Z. It can either be Up, Down, Left, or Right, so be ready.

This mini-game improves your power. If you complete this mini-game, your moves will noticeably do more damage. The game consists of a meter with different shades of blue. You have to mash

as much and fast as you can to progress levels. 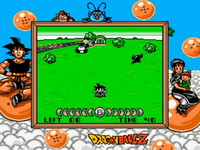 The Kaio-Ken is the most powerful power-up in the game. This training shouldn't be skipped. The mini-game involves pressing the corresponding button in a certain way, whether it be

. The higher the level, the more Kaio-Kens you get. 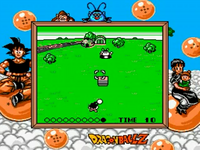 The Spirit Bomb is the most powerful move available in the game. It would be an extremely helpful asset to have it on your side. The mini-game gives you a target. With the target, you must shoot the boxes flying across the screen. If the box is too far away and not in a close range, Goku won't be able to shoot it.

The last training is SP Training. The lines on the bar move faster and you have a bigger chance of getting a first attack in. This can work to your advantage in tough battles. Just tap buttons