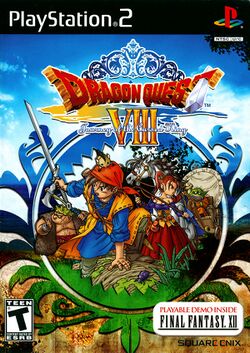 Dragon Quest VIII uses cel-shading textures for the characters and scenery, and unlike the previous installments battles are not limited to a first person perspective, instead showing all characters in the player's party. It has enjoyed much success since its release, particularly in Japan where it sold more than 3 million copies in its first week on sale.

A survey conducted in 2006 by the magazine Famitsu earned the game the #4 spot as the best video game of all time after Final Fantasy X, Final Fantasy VII and Dragon Quest III.