This is the first game in the Driver series. For other games in the series see the Driver category. 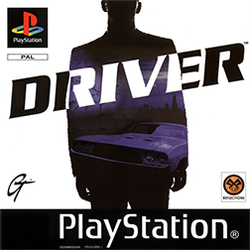 Driver: You Are the Wheelman is an action driving game developed by Reflections Interactive for the PlayStation.

Tanner, an NYPD detective gone undercover, must gain the confidence of the syndicate's bosses by performing increasingly difficult missions such as stopping or following another car, driving through windows, delivering a stolen car or scaring a taxi customer. The game is played in four cities: Miami, San Francisco, Los Angeles, and New York City.