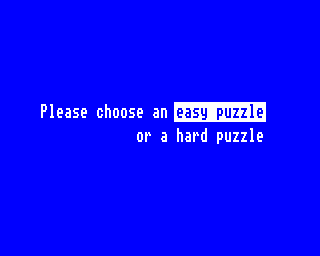 At the beginning of this challenge, the text "Ellie lands safely. Now she has to fit the mark three flidget into the probe to make it safe. Ellie climbs into the probe. Amina, Martin and Jenny look after the tools. It is your job to pass the right tools to Ellie. Be quick! This is a race against time!" will appear on the screen; after you have pushed Space to continue, the text of "Please choose an easy puzzle or a hard puzzle" (the text of "easy puzzle" shall also be highlighted, as shown in the above image) shall appear on the screen. You shall then have to use Space to select either option, and push Enter to confirm your choice - and the difficulty you select shall determine the amount of time you'll have to unscramble the names of the tools Ellie asks you for. 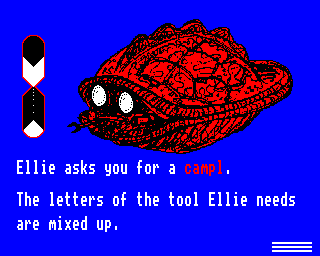