Eggerland 2 was originally released in Japan as 迷宮神話 (Meikyuu Shinwa, , Labyrinth Myth?). Eggerland 2 is the localized European name. The game was never released in North America. The game contains 122 rooms: 100 rooms in a 10x10 grid-like arrangement, plus 22 extra rooms.

The game was ported on the Famicom Disk System as Eggerland. It is a faithful port of the game, with minimal changes in some puzzles. A boss battle was added at the end of the game.

Eggerland 2 was the first game to be called a grid game, as indicated in the screenshot to the right, where instead of having simply one door to leave the room there are multiple doors for Lolo (the player) to choose from. To help with this conundrum, Lolo will eventually acquire a map to help him keep track of where he has been, but some doors may require a key to open.

This second game in the series did not feature a Map Construction mode to allow players to build their own custom maps.

Eggerland 2 introduces the three monsters that were not present in the first installment of the series (Rocky, Don Medusa and Leeper). It also introduces different terrain types (grass and deserts) and the "rock breaking" power. 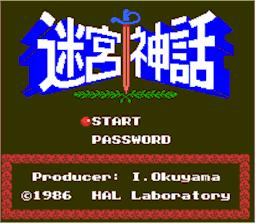 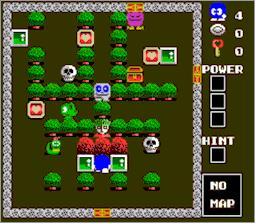