Entomorph: Plague of the Darkfall

Entomorph: Plague of the Darkfall | Table of Contents | Gameplay | Walkthrough 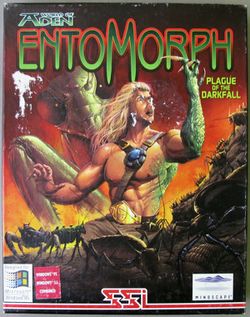 Entomorph: Plague of the Darkfall is an action-adventure RPG developed by Strategic Simulations and Cyberlore Studios. It was published by Strategic Simulations under their parent company's name, Mindscape. In Entomorph, the player controls the character Warrick. It is the second video game based in the fictional universe World of Aden, the first being World of Aden: Thunderscape. Though both games share the same setting, Entomorph is not a sequel to Thunderscape.