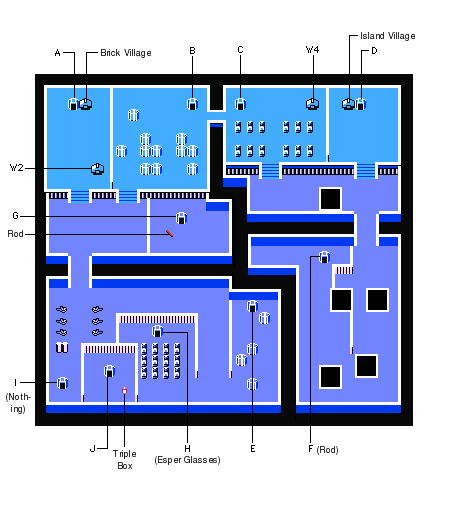 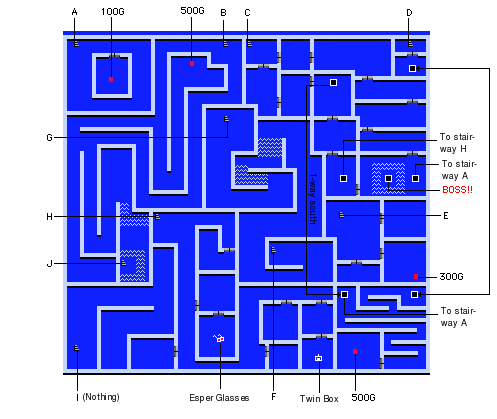 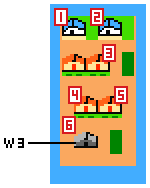 In addition to the small insect-like Beens and the NOM-1 robots, you will encounter the following: 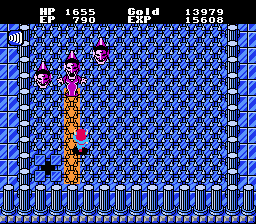 The third Mystery Capsule is possessed by a mysterious wizard. This fight takes place in a spiked arena, so every step that you take will cause a little damage. Try to move around as little as possible. Geruzonia hovers above you and tries to get a fix on your horizontal position before shooting a ray down at you. All the while, two extra heads float around him. Your best offense is to step slightly to the side before he fires his ray, and pummel him with Psi Beams (you should have the Twin or Triple Box at this point). You will realize that you're doing well against him when one of his heads disappears. Firing on him with your gun is less effective since it requires that you stand right in front of him where he can hit you.