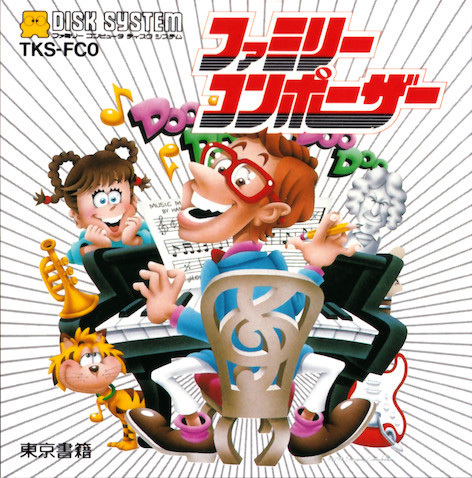 Family Composer was developed by Musical Plan for the Family Computer Disk System and published by Tokyo Shoseki in 1987. It was developed by the same team that created Ikinari Musician for the Famicom earlier in the same year. Like Ikinari Musician, it is not really a game, but rather a music simulator. Unlike Ikinari Musician, Family Composer gives players more control over the music played, and even allows them to compose new songs, and record the compositions to disk. In many ways, it can be seen as a precursor to the music composing feature of Mario Paint.