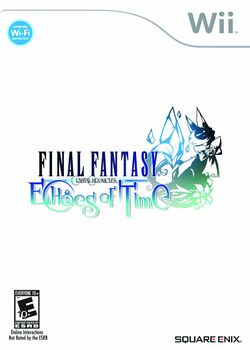 The protagonist of the game returns from a forest where he battled a great number of monsters to celebrate his sixteenth birthday and coming-of-age ceremony, only to find a young girl, Eryll, suffering from "crystal sickness." The hero then sets out to find a cure for the disease. However, he is unaware that outside his village lies a world where crystals are merely artifacts of the past and no longer exist. Also involved is Sherlotta, a girl with a mysterious connection to crystals.