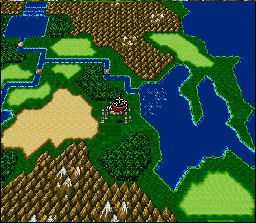 Reaching Odin requires that you be able to fly around the overworld, so it is probably best to attempt a battle with Odin after defeating the Giant of Babil. In addition, you must complete the Cave of Summoned Monsters in order to challenge Odin; otherwise he will simply tell you to come later.

Fly to Baron Castle and enter it.

Locate the King of Baron[edit] 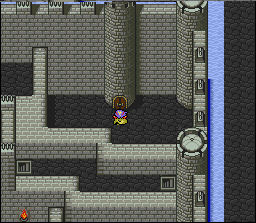 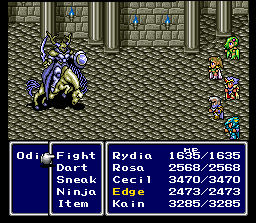 Odin is not too difficult if you have reached high enough levels. His initial attacks are not too strong. However, during the battle he will slowly raise his sword. If you are not able to defeat him quickly enough, he will complete a devastating attack that will kill your entire party. You must defeat him before he is able to complete this attack. Once you have defeated him, Rydia will gain the call spell Odin.