Properly training your characters to maximize their inherent stats and skills will help you build strong parties for combat. For a large portion of the game, your party will be fixed to go along with the story, but whether forced into a certain party or creating your own, knowing who should be training what role and how to combine them into useful paradigms is the key to success.

There are six playable characters and up to three can be in a party at a given time. Each character starts with one or two roles they can research, but will quickly have access to all three of their primary roles. Later in the game the rest of the secondary roles will become available, though at much higher cost to research. Each character also starts with certain stats and a weapon, and each one will eventually be able to gain their own Eidolon in the course of the game. 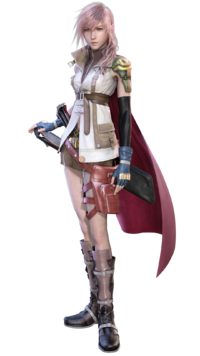 Lightning can be described as the jack-of-all-trades—she does fairly well in most roles, but never specializes in one. In the early portion of the game, Lightning should focus on the Commando role and let Vanille, Sazh, or Hope stagger the enemy. However once Fang joins the team, it is recommended that Lightning switch to the Ravager role, as Fang's strength and Commando abilities (Adrenaline, Deathblow, and Highwind) outshine Lightning's. She may not have the highest magic, but her speed allows her to quickly stagger enemies. Lightning can learn all the elemental "strike" and magic abilities up to "-ra" level with the addition of Thundaga. She also has access to her unique ability, Army of One which raises the enemy chain percentage and deals physical damage 11 times. As a Medic, Lightning will reach her peak once she learns Cura, and can act as a back up to Hope or Vanille when the party is severely injured. She also can learn Raise which is useful when the main healer of the team is incapacitated. As a Sentinel, Lightning will only learn one command ability: Elude. This is an advantage if the enemy only uses physical attacks, otherwise it is not a recommended role. Lightning is a serviceable Saboteur and Synergist. She will learn Deprotect, Deshell, Imperil and Poison as a Saboteur and Bravery, Faith, Protect, Shell, Vigilance, and the "en-" spells as a Synergist.

Sazh Katzroy has the lowest base strength and magic, but don't let this fool you into not including him in your team. Sazh's weapons provide the highest stat boosts with some useful abilities. For the majority of the game, Sazh should be a support character. As a Commando, Sazh is overshadowed by the others, he is missing the important "Launch" ability and his animation speed is slow. However, Sazh can deal a lot of damage to groups of enemies or a large enemy with his "Blitz" ability. Sazh is pretty good as a Ravager due to two of his weapons' abilities helping him in staggering enemies. He learns all the Aero, Fire and Thunder abilities, but is missing the Ice and Water abilities. His unique skill, Cold Blood, raises enemy chain percentages while dealing physical damage 17 times. Cold Blood can be found in the Ravager role. Sazh's true skill lies in his Synergist role—the only person to rival him in this role is Hope. Sazh learns all the buffs, except for Veil. He is also the first person to learn the very important "Haste" buff. Sazh is a decent Sentinel with his high HP. However he is the only character that is missing "Reprieve" (an ability that prevents 1HKO), which is a big disadvantage for late game. Sazh is surprisingly good at the Saboteur role, as he is able to learn all the Saboteur abilities except for the "-ga" ones, which is actually an advantage because "-ga" abilities have lower success rates. Sazh can learn Curasa as a Medic, but other than that the Medic role should be left for someone else. 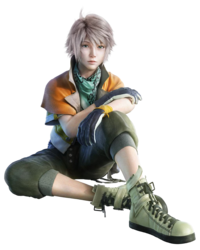 Hope Estheim has the lowest HP and second lowest base strength, however his base magic is the highest of the group. Due to Hope's low HP, make sure there is a good Sentinel on your team to protect him in dire situations. If you can manage with his low HP, you'll be rewarded with his excellent magic. As a Ravager, he is able to learn all the elemental magic abilities up to their strongest forms at the cost of the "strike" abilities. He'll be able to adapt to the enemy's weaknesses because of this and deal out high magic damage while raising the stagger gauge. His unique ability is Last Resort, it raises the stagger gauge and deal magic damage 8 times, however Last Resort shuffles through the target list so you'll never know which enemy will be the target unless there is only one. Hope also excels in the Synergist role, only losing to Sazh. Hope is able to learn all the buffs, except Vigilance, he learns the defensive buff first and then the offensive ones (opposite of Sazh). The main reason why Sazh is better than Hope as a Synergist is because he learns "Haste" first. Hope is tied as the best Medic with Vanille, he is able to learn all the Medic spells. Hope cures faster (faster animation speed) and more efficiently (higher magic), however Vanille learns the abilities faster than Hope and has a higher chance of survival with her superior HP, thus not leaving the team without a Medic. Hope's low strength will obviously hinder his ability as a Commando, however he is still able to deal decent damage with "Ruin". Hope is a somewhat decent Sentinel, which is surprising because of his low HP. He learns all the auto abilities, except for "Fringeward". He also doesn't learn any guard abilities, however he does learn Elude,Vendetta, and Entrench. It is recommended to not use Hope as a Saboteur. Hope learns all the debuffs only at their "-ga" level, which means his success rate will be much lower than the others. 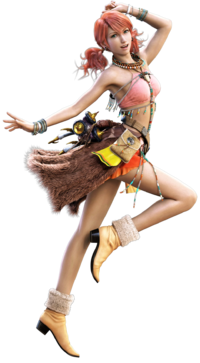 Vanille's stats are very similar to Hope's stats, the difference being that Vanille's stats are more balanced and she also has higher HP than Hope. If you're having a hard time with Hope's low HP, she is a solid replacement as a support character. Despite Vanille's high magic, she is actually not one of the best Ravagers, actually she's one of the worst. The reason why is because of her casting speed—she's the second slowest, only above Sazh. Casting speed is important because the purpose of a Ravager is to quickly stagger the enemy, not deal damage. Don't let this discourage you though, Vanille can still get the job done as a Ravager. Vanille learns all the elemental magic with Aero, Water and Thunder reaching "-ra" level and Fire and Blizzard reaching "-ga" level, although she doesn't learn the "strike" abilities.

Where Vanille really shines is in the Saboteur role—she is by far the best Saboteur. Vanille learns all the debuffs except for some debilitating debuffs, but those aren't as important as the main ones (Deprotect, Deshell, and Imperil). She also has the weapon Belladonna Wand, which raises success rates for debuffs. Vanille is also the only character that has a unique ability outside the Commando or Ravager role. Her Unique ability is called "Death" and can be found in the Saboteur role. As the name implies, "Death" inflict instant Death! However, the success rate for Death's effect is 1%, with 1% added on for every debuff on the enemy. If Death fails, it deals massive magic damage instead.

Vanille is also pretty good as a Medic, but not as good as Hope. She learns the same abilities as he does but heals slower and less efficiently (Healer's Staff can even them out though). Vanille is pretty decent in the Commando role, and shes better than Hope in this role. She might have less magic, but she learns Adrenaline (boost stats by 20% when HP is high) and some other Commando abilities that Hope doesn't learn. Vanille is definitely the worst Sentinel in the game, as she learns absolutely no auto abilities except for Reprieve. She is somewhat a decent Synergist. She learns the "-ra" buffs (stronger boost but shorter duration), but is the only character missing Haste.

Snow Villiers has the Sentinel role right from the start, and long term he has the highest potential HP of any character. Additionally, he has access to all Sentinel crystals except for Elude, which means he's one of the few who can use the extremely important Sentinel ability Mediguard. Commando is also a viable option for Snow, as he can acquire every ability except Faultsiphon, he has the special Snow-only Sovereign Fist ability, and he has great strength. 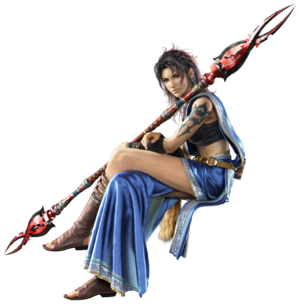 Oerba Yung Fang is the strongest character and has access to every Commando ability. Additionally, she gets the Highwind ability that only she can use. Fang is strong in most areas, and so can be a good Sentinel, with access to almost all those abilities, and a good Ravager, with access to the four "strike" abilities. She can learn key spells as a Saboteur in their area-of-effect forms, such as Fogga and Painga, and has decent Medic abilities as well, making her a very versatile teammate for a wide variety of paradigms.