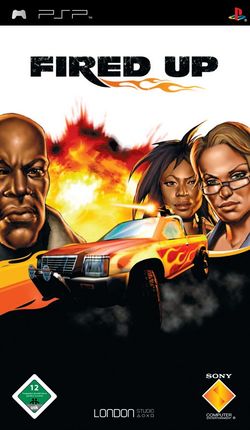 Fired Up is a vehicular combat game available on the PlayStation Portable which supports up to eight players. The game features a demo of Wipeout Pure. The game features three places and five playable drivers. Fired up features game sharing and downloadable levels. It is an advancement on the 2003 PlayStation 2 game Hardware: Online Arena.

Fired up's Campaign mode is set in an unnamed eastern European country that has been invaded by a country only known as "The Republic". The player plays as a fighter for a resistance army in several different vehicles.